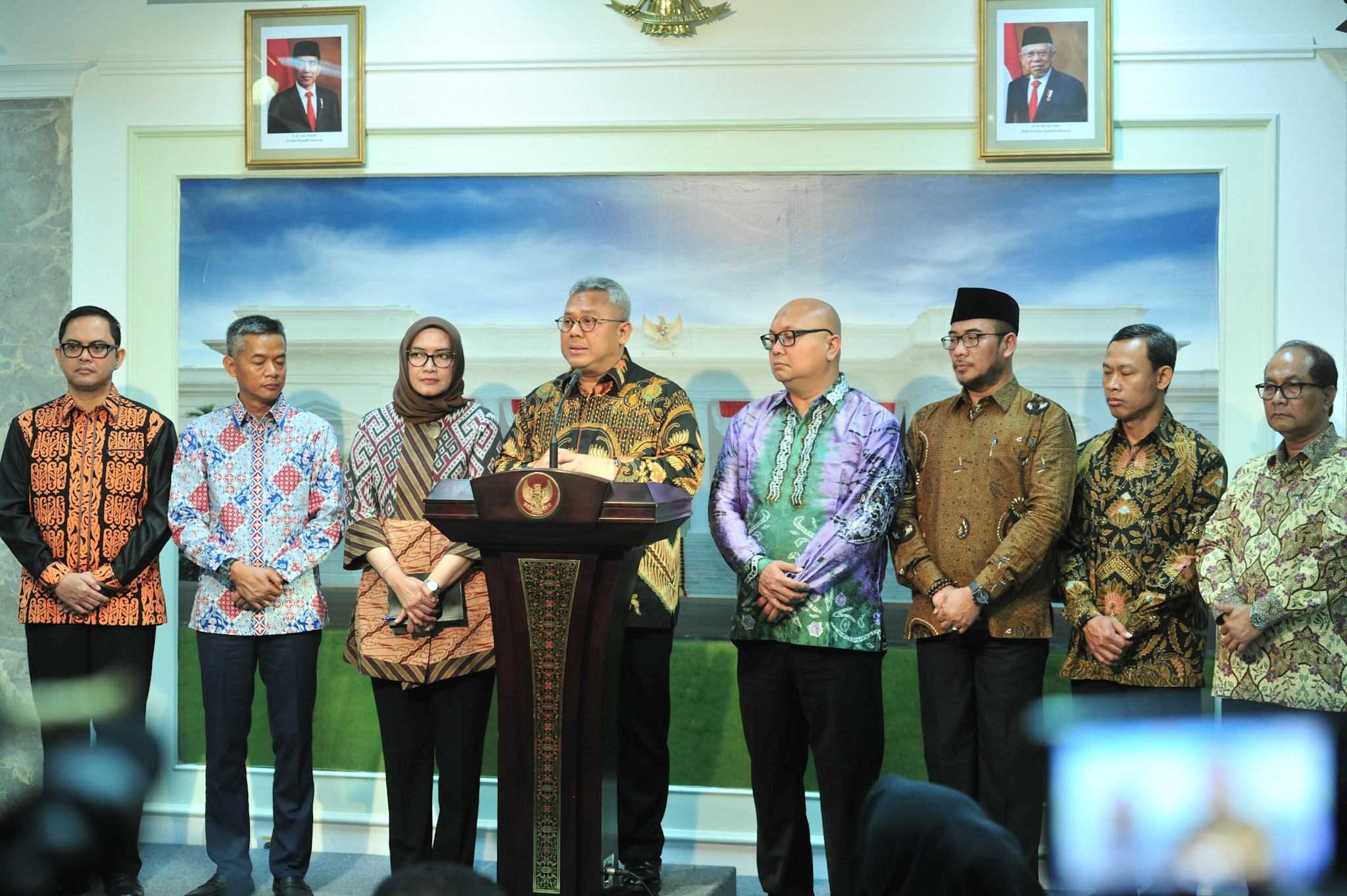 “The KPU has proposed to ban ex-graft convicts from running in legislative and presidential elections but the Supreme Court has annulled it, while drug dealers and sex offenders against children are still banned from taking part in the elections,” Arief said after meeting with President Joko “Jokowi” Widodo, at the Merdeka Palace, Jakarta, Monday (11/11).

During the meeting with the President, Arief said he also also unveiled the reasons for re-submitting the proposal, among others, the argument that the KPU does not need to regulate it and leave it to voters instead.

In fact, he added, several candidates have been sentenced and they were still elected, while pointing out the cases in Tulungagung (in East Java province) and North Maluku province.

Another argument, he added, is that if a candidate has been sentenced and has finished serving their jail terms, they will repent and will not commit corruption again. However, what happened in Kudus has dismissed the argument, he added

“Based on these two novum (new findings), we propose that this is still regulated in law on regional head election,” said Arief.

Another argument is that a legislative election represents all groups and the election should represent any groups. However, the KPU maintained the candidate elected to be the leader for all groups and should be able to carry out their duties well as well as being a paragon of virtue, he added.

Arief went on to say that the KPU will still further discuss the issue with the House of Representatives (DPR) Commission 2.

“As the law is yet to revise, we will first put the proposal in the form of KPU regulation (PKPU),” said Arief.

Regarding the possibility that the elections will be held through the Regional House of Representatives (DPRD), Arief said that regarding the election system, the KPU leaves it to the Government and the DPR who have the authority to make a decision. “To date, the prevailing law regulates that we still hold direct elections,” said Arief. (RAF/JAY/ES)