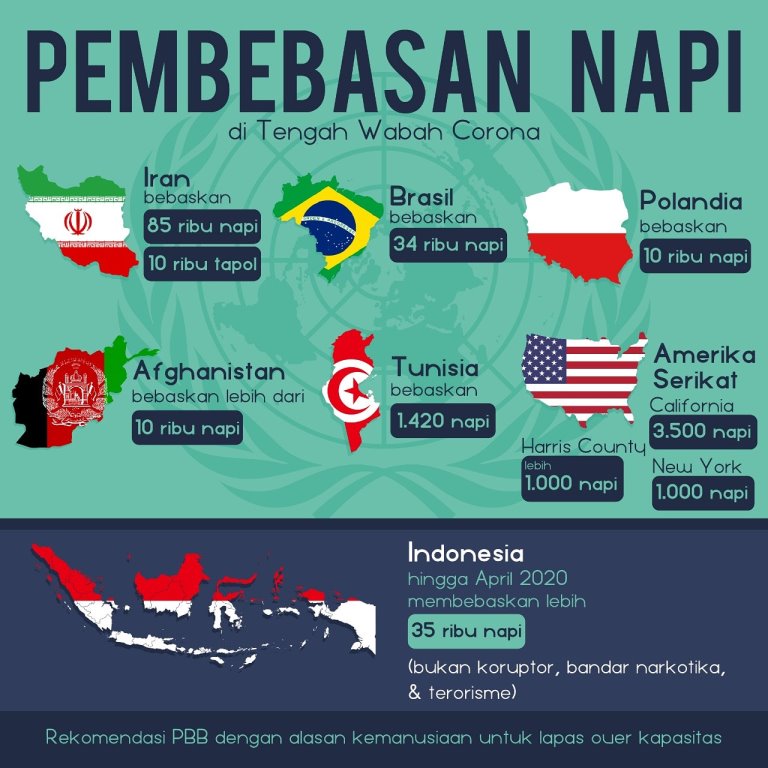 The Ministry of Law and Human Rights.

Minister of Law and Human Rights Yasonna H. Laoly has promised to take firm action against any personnel who collect illegal levy from the inmates (WBP) who are in the assimilation and integration program.

Yasonna invited the public to report the person (who collects illegal levy) to him through the various channels available or through the ranks of the Directorate General of Corrections, and guaranteed the confidentiality of the reporter.

“My instruction is clear, I will dismiss the personnel implicated in illegal levy collection. I have delivered this instruction directly via video conference to all ranks in the Directorate General of Corrections,” Yasonna stated in a written statement on Thursday (16/4).

Yasonna also said that the Ministry of Law and Human Rights had conducted an investigation and deployed a team to several regions to investigate the alleged illegal levy.

“The investigation has not found any illegal levy. If anyone knows, please report it. To make it easier, send me a message on my Instagram and Facebook fan pages,” Yasonna said.

Previously, the Minister has delivered directives on the inmates who are in the assimilation and integration program. The directives are as follows:

First, illegal levy must be avoided, because the process is free of charge.

Second, the process of releasing inmates who are in the assimilation and integration process should not be hampered.

“The program is provided for the inmates who have served 2/3 of their sentences, are not having subsidiary penalty, are not convicts of corruption or drug trafficking or terrorism cases, have a good record during the  prison term, and are guaranteed by the families,” the Minister said.

Third, the inmates should have an assimilation house to ensure that the supervision and the program run well.

Fourth, all inmates in assimilation and integration program are monitored periodically.

“The monitoring is carried out with the support from the Police and the Attorney General’s Office,” the Minister added.

Fifth, the correctional officers must inform the inmates on the measures for avoiding the COVID-19 outbreak.

Yasonna  said that the reason for providing assimilation and integration program to the inmates is to save them from the COVID-19 outbreak because the correctional facilities are overcrowded.

He added that the policy of providing assimilation and integration program to the inmates is also in accordance with the UN recommendation. Besides Indonesia, other countries have also released prisoners to prevent the spread of COVID-19 in prisons, including the United States. California has released 3,500 inmates, New York City has released 900 inmates, Haris County has released 1,000 inmates and Los Angeles has released 600 inmates. There were also 2,000 Federal inmates who have been released.