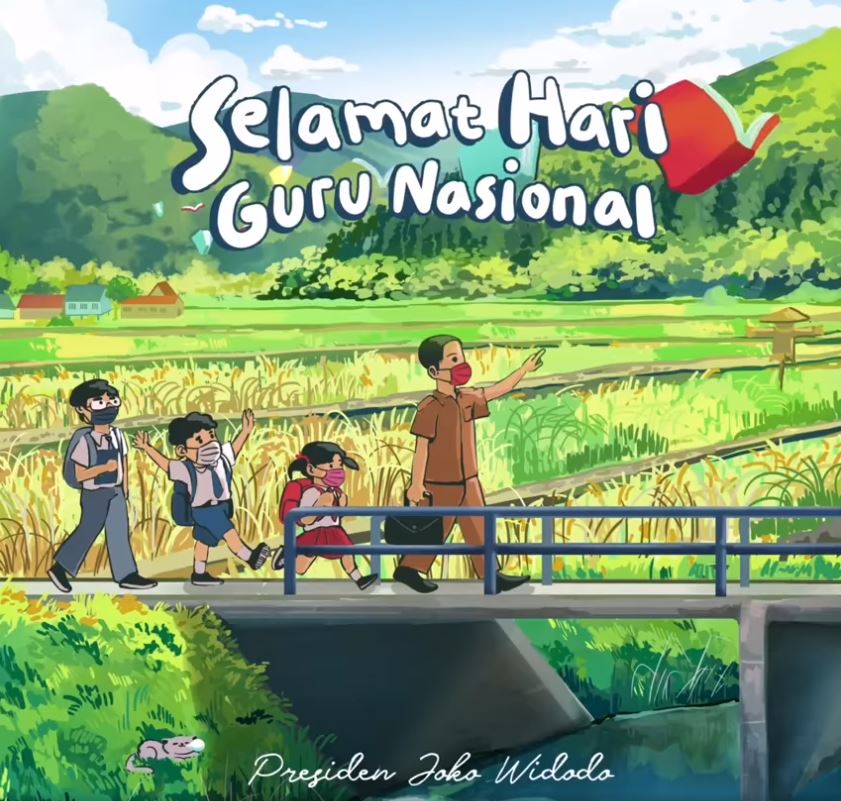 Despite the COVID-19 pandemic, education in Indonesia can carry on because of the innovation, creativity, and dedication of teachers, according to President Joko “Jokowi” Widodo.

“After almost two years of global pandemic, the world of education in the country still continues although it requires many adjustments. All of this can carry on, thanks to the innovation, creativity, technological adaptation, and of course, dedication of teachers to remain loyal to monitoring education of the young generation,” he said on his official Twitter account @Jokowi to commemorate the 2021 National Teachers’ Day, Thursday (25/11).

On the commemoration adopting the theme of “Move with Heart, Recover Education,” the President called for all parties to cooperate to recover education that is impacted by the pandemic.

“Now, as we work hard to end this pandemic, let us join hands to recover education together,” he said.

In the meantime, Vice President Ma’ruf Amin said that teachers play a very vital, irreplaceable role in navigating the nation’s children through various challenges of the modern world and technological advancement.

According to the VP, teachers play a crucial role in the Government’s measures to create quality human resources for Advanced Indonesia, so the Government will continue to improve their welfare.

“The Government will continue to enhance the quality of education, including teachers’ welfare,” he said, Thursday (25/11), adding that teaching is not only a profession but also a noble service of educators to shape a character, to hone skills, and to prepare the future of a nation.

“After atomic bombs were dropped in Hiroshima and Nagasaki in 1945, teachers were the pillar of the Japanese to revive and rebuild their ravaged country,” he said, adding that during the struggle for independence, heroes in the world of education also emerged.

“We also have independence heroes who dedicated themselves as educators of the nation’s children, such as Ki Hajar Dewantara, Dewi Sartika, and many more,” he said.

Therefore, the VP continued, teachers are known as unsung heroes as their service is indeed invaluable.

“Their service is so great because besides being a role model and the light of life, teachers have also become the source of power for national development,” he said while thanking teachers for their dedication on the National Teachers’ Day.

“To all teachers, we thank you for your sincere dedication in nurturing the nation’s children,” he said while saying happy 2021 National Teachers’ Day to all teachers across Indonesia.