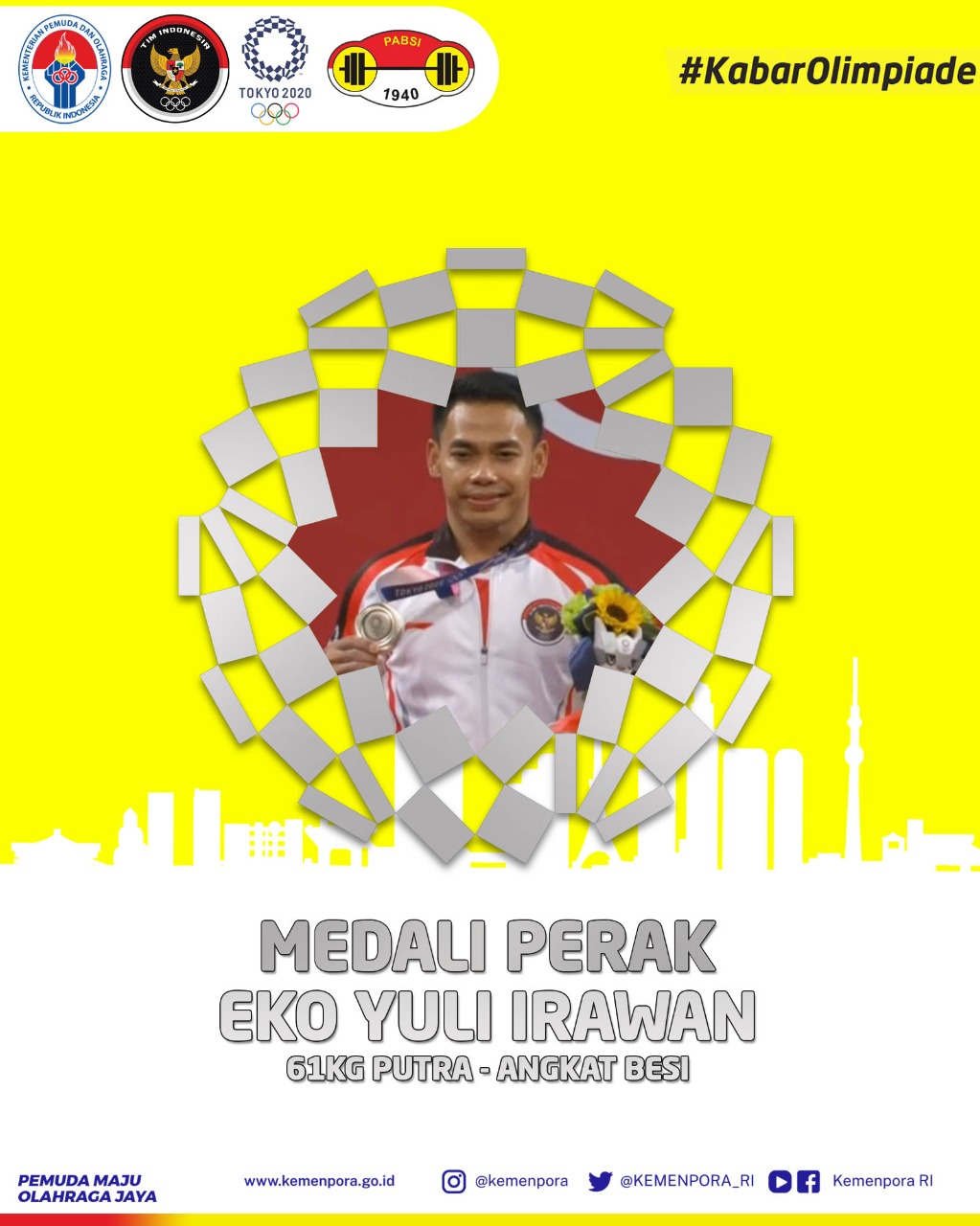 The Indonesian contingent won the second medal at the 2020 Tokyo Olympics after Eko Yuli Irawan won a silver medal in weightlifting.

With this milestone, Eko became the first Indonesian to win medals in four consecutive Olympic Games.

As of today, the Indonesian contingent has won two medals at the 2020 Tokyo Olympics, namely one silver medal and one bronze medal.