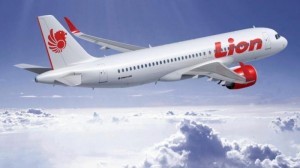 To support the ongoing investigation process by the National Transportation Safety Commission (KNKT), Ministry of Transportation has ordered the removal of Lion Airs technical director.

Today, we will replace Lion Air technical director, as well as the technicians who greenlighted the flight, Budi told reporters in Jakarta on Wednesday (31/10).

As for the sanctions to be imposed on the airline, Budi said it is still waiting for the results of an investigation conducted by the NTSC regarding the crash of the ill-fated Lion Air JT-610 aircraft in Tanjung Pakis waters, Karawang, West Java. The result of the investigation will be used as the grounds for the Ministry to impose sanctions on the airline.

In the event negligence has occurred, the Minister said the Government will impose strict sanctions in accordance with the prevailing laws and regulations, adding that the sanctions would be regulated in several levels of regulations. The Ministry has also instructed the airline to conduct special airworthiness checks on Boeing 737-8 Max aircraft so as to identify the performance of the aircraft.

Moreover, Budi said that the sanctions could likely be aimed at various parties such as the management, Board of Directors, and corporations. However, the sanctions are not due this time, he said.

The NTSC will do its utmost and determine who should be held responsible for this accident. With the inspection of the aircraft, the Lion Air aircraft is currently not in operation, but it is not said to be the final sanction imposed, Budi said.

For the record, the Government is currently focusing on searching the passengers, the black box, and the aircraft debris for investigation process.