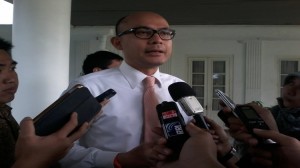 Ministry of Foreign Affairs sent a special team to Turkey to track the whereabouts of 16 Indonesian citizens (WNI) missing in that country.

“There is already a team from Indonesia who went to Turkey to help the security of Turkey (Looking for WNI who lost)”, Foreign Ministry spokesman Armanatha Nasir in Jakarta, Monday (9/3).

According Armanatha, the disappearance of dozens of Indonesian citizens (WNI) in Turkey is not easy to overcome, so that the search for sixteenth WNI need a good cooperation between many parties.

He said that a special team sent to Turkey would provide the background of 16 WNI to the authorities in Turkey to facilitate the search for.

“Turkey is not a small country. The Vast of the Turkish state are 770,000 square kilometers, there are many mountains and the area is quite difficult. So, if there are people who do not want to search or knowing of their existence, it is easy to hide there,” he said.

“Ministry of Foreign Affairs reluctant to speculate what the purpose of the 16 WNI deliberately separated themselves, including allegations that the group entered into Syria to join ISIS,” he said.

Meanwhile, the Director of the Protection of WNI and Legal Entities Indonesia (PWNI-BHI) Ministry of Foreign Affairs, then Muhammad Iqbal, said that until now there has been no family members of the 16 citizens who disappeared in Turkey that are reported on the loose.

In line with Arrmanatha, Iqbal said that the Ministry of Foreign Affairs did not know the cause of the loss of 16 citizens in Turkey, and could not confirm the news of the departure of the WNI to Syria to join the group Islamic State of Iraq and Syria (ISIS).

So far, Interpol Indonesia has sent a letter to his counterpart in Turkey related to the search of the 16 citizens who disappeared on February 24, 2015 in that country. According to him, the letter has been posted to Interpol of Turkey last week, but there is no answer.

Previously, 24 WNI went traveled to Turkey using a travel agent Smailing Tour. Then, 16 of them broke away from the group. The sixteenth WNI was largely derived from Surabaya and Surakarta. Once arrived at the airport in Istanbul, 16 Indonesians were split off from the tour group and did not come to the tourist attractions that have been planned.   (*/Humas Kemlu/ES)