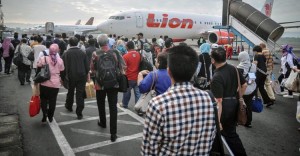 The Government and related stakeholders have decided to provide low-cost domestic flights on Tuesdays, Thursdays and Saturdays at 10.00 to 14.00 (local time on each airport).

The low-cost flights, according to Susiwijono, will be jointly subsidized by the airlines, airport managers, fuel providers and state-owned air navigation firm AirNav.

We are committed to providing low-cost flights to the public. Regarding the flight schedule and sharing costs, we will discuss these issues in the upcoming meeting, he explained.

In line with Susiwijono, Deputy of Financial Services, Survey Services and Consultants of Ministry of State-Owned Enterprises (BUMN) Gatot Trihargo stressed that sharing costs will not sacrifice the safety of AirNav, airlines, and airport managers.

Susiwijono added that since the decision to lower the airfare was taken on the Coordination Meeting on 20 June 2019, the average Lion Airs airfare rates of the price ceiling, for example, has declined from 54.2% to 42.7%, or 11% lower.