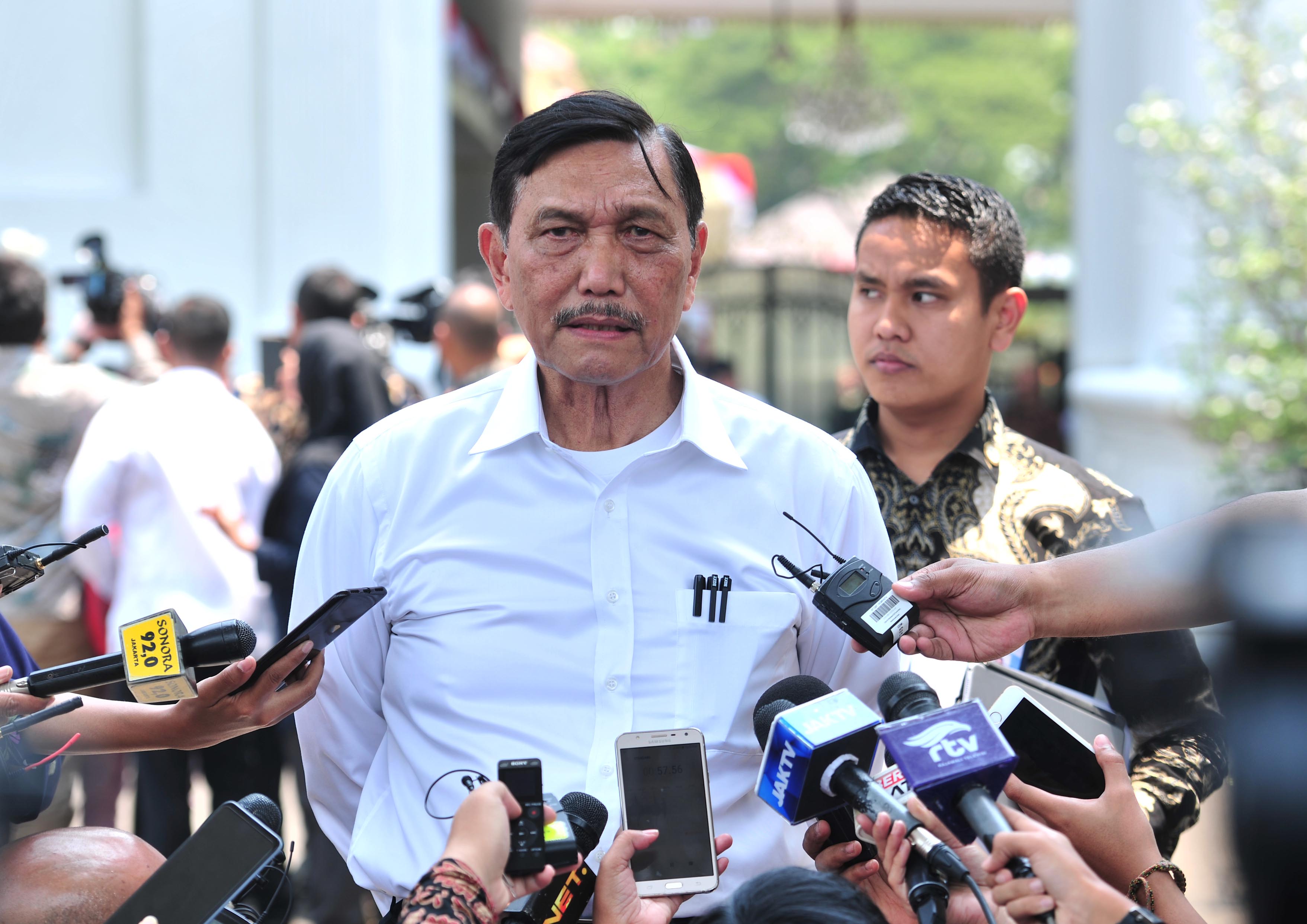 Coordinating Minister for Maritime Affairs and Investment Luhut B. Pandjaitan answers reporters’questions after attending the inaugural plenary cabinet meeting of the Indonesia Onward Cabinet, at the Merdeka Palace, Jakarta, Thursday (24/10). (Photo by: Jay/PR)

Sovereign wealth funds must be resolved immediately to lure more investment in the country, according to Coordinating Minister for Maritime Affairs and Investment Luhut Binsar Pandjaitan.

“I will meet with several prospective investors on 4 and 20 November,” Luhut told reporters after attending a plenary cabinet meeting at the Merdeka Palace, Jakarta, Thursday (24/10).

According to Luhut, investment will be from Japan, which adopts the Pension Funds scheme, adding that he will also meet with CEO of Softbank Masayoshi Son in Japan. “Mr. Masayoshi is interested to invest in Indonesia,” he said.

Regarding the use of sovereign wealth funds, the Minister said that the funds will not only to finance  infrastructure projects, but will also be used for the relocation of Indonesia’s capital.

On that occasion, Luhut also revealed a number of problematic investment projects in the country, citing  Lotte Chemical Indonesia project in Banten province for example that that is still facing land issues.

“We will continue to monitor the issues,” Luhut said, adding that there are at least 10 large companies whose investments need to be monitored. (HIM/JAY/ES)