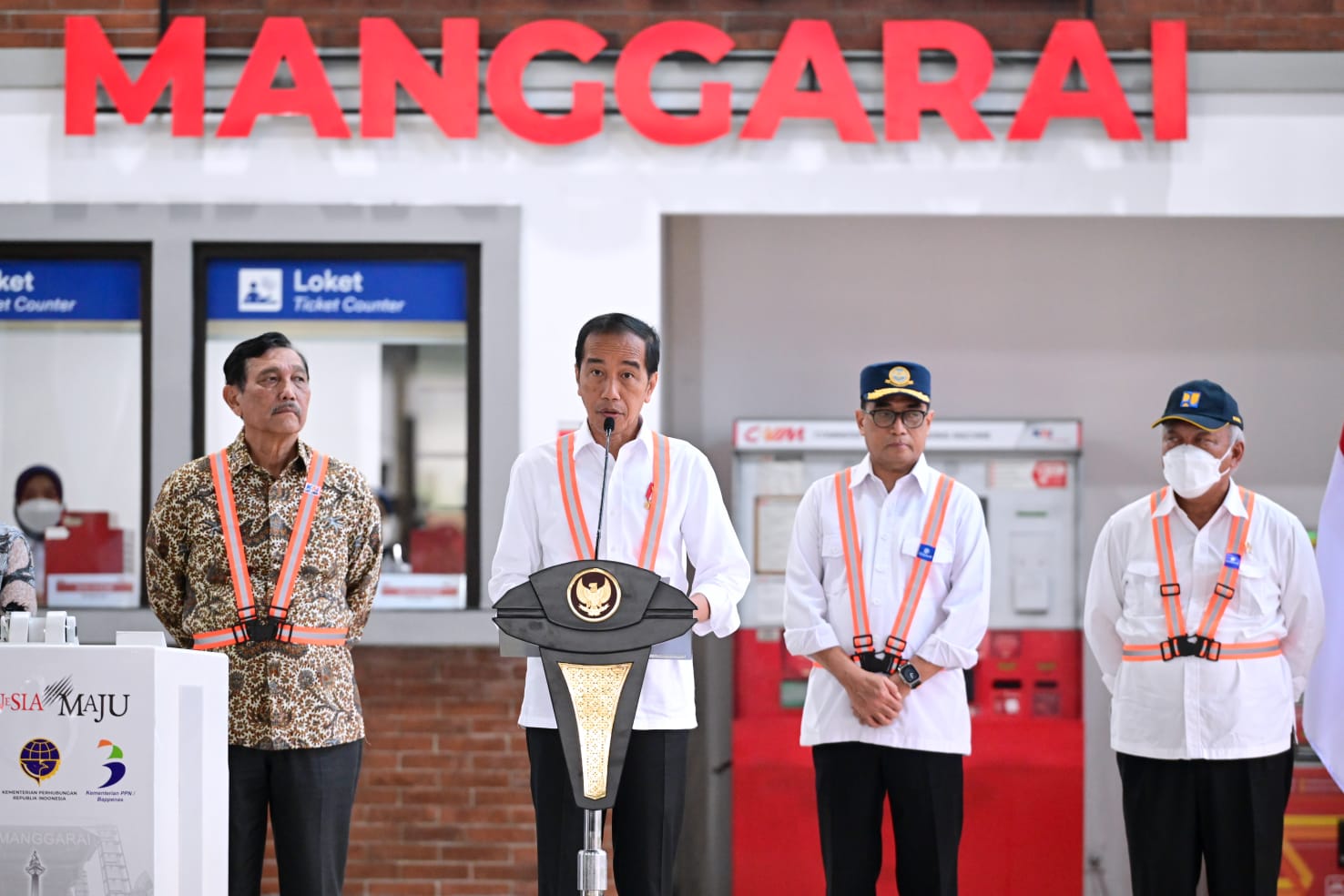 “I hope it can be integrated to progress people’s mobility from one place to another, from one region to other region,” the President stated in a press statement after the inauguration of Manggarai Station Phase I, in South Jakarta, Monday (12/26).

“If we close the station for construction, we can complete it faster. We only have four hours a day to work; and it is at night, midnight. That is the issue in the development of Manggarai Station,” he added.