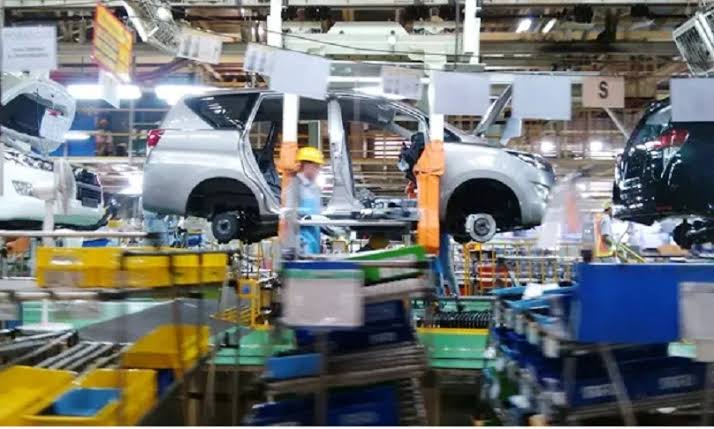 Investment from manufacturing industry in the first quarter this year showed a positive trend amid pressure due to the ongoing COVID-19 pandemic.

Manufacturing industry reported a total investment of Rp64 trillion, a spike by 44.7% compared to that of the same period last year at Rp44.2 trillion.

“Investment from manufacturing industry has made a significant contribution, up to 30.4% of the total investment in the total sector of Rp210 billion,” Minister of Industry Agus Gumiwang Kartasasmita said in Jakarta on Monday (27/4).

The amount, he said, reported a significant increase compared to the acquisition in the same period last year, namely PMDN amounting to Rp16.1 trillion and PMA amounting to Rp28.1 trillion.

Ministry of Industry, according to Agus, is committed to encouraging manufacturing industry to drive the country’s economy. However, amid the current condition the Ministry also urged industrial sectors to join hands to prevent the spread of COVID-19 by adhering to health protocols, he added.

“Those two sides must be in line,” he said.

Prior to the pandemic, the country’s processing industry still showed positive trends as reflected in the achievements of Indonesia’s Purchasing Managers’ Index (PMI) – the gauge for manufacturing activities – released by a London-based global information provider IHS Markit in February this year at 51.9 or an all-time high since 2005.

“We are optimistic that through mitigation efforts or strategic policies during the ongoing pandemic, it is not impossible that Indonesia could become one of the biggest economies in the world before 2030,” he said.

The International Monetary Fund has previously projected that Indonesia’s economic growth is expected to accelerate 8.2% by 2021. (Ministry of Industry PR/SM/EN)