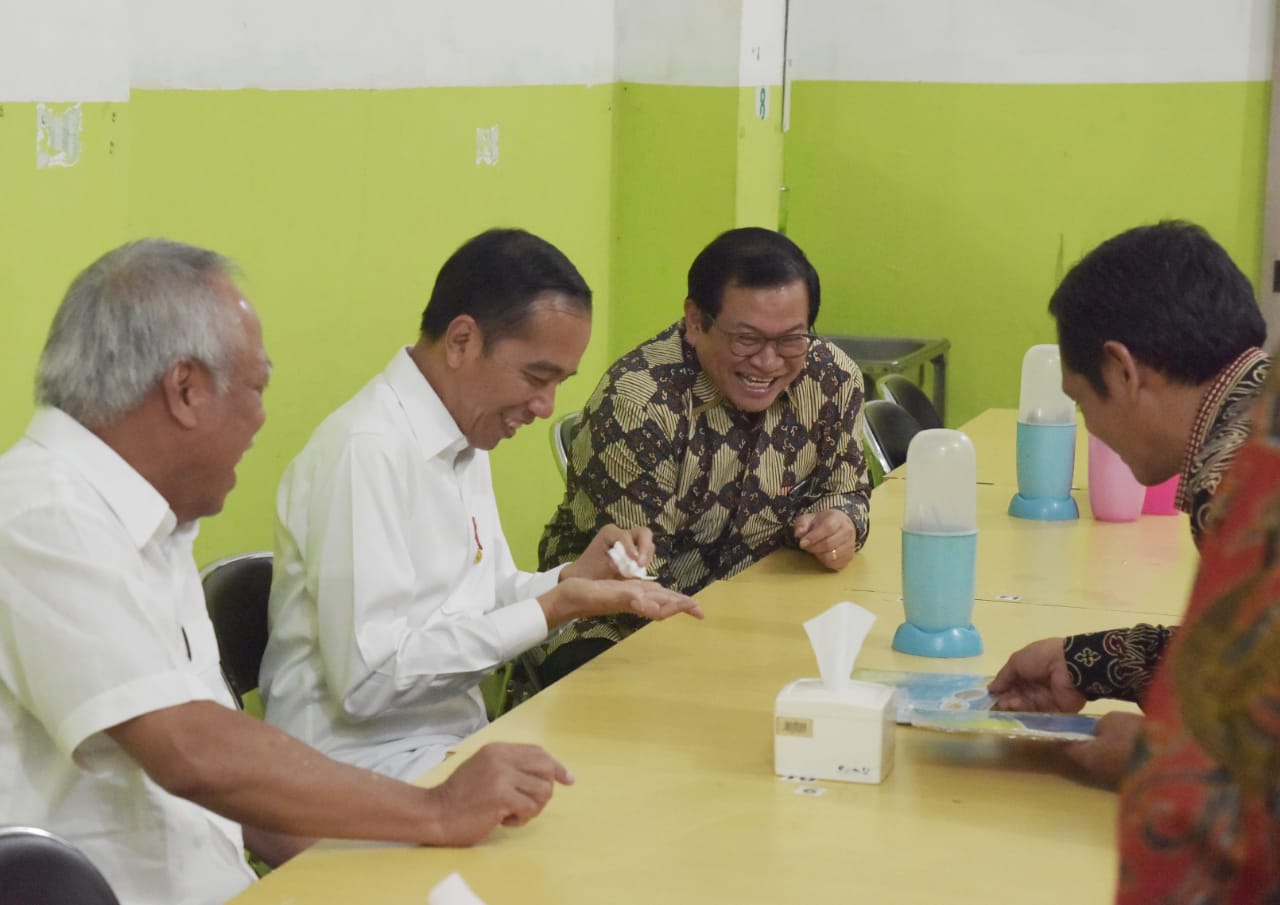 On Wednesday (19/12), during his working visit to North Kalimantan, President Joko “Jokowi” Widodo visited a restaurant in Tarakan, North Kalimantan and was served a special dinner.

One memorable instance was when Governor of North Kalimantan Irianto Lambrie made his own chili sauce for the President.

After dinner, the President greeted and took pictures with local people.