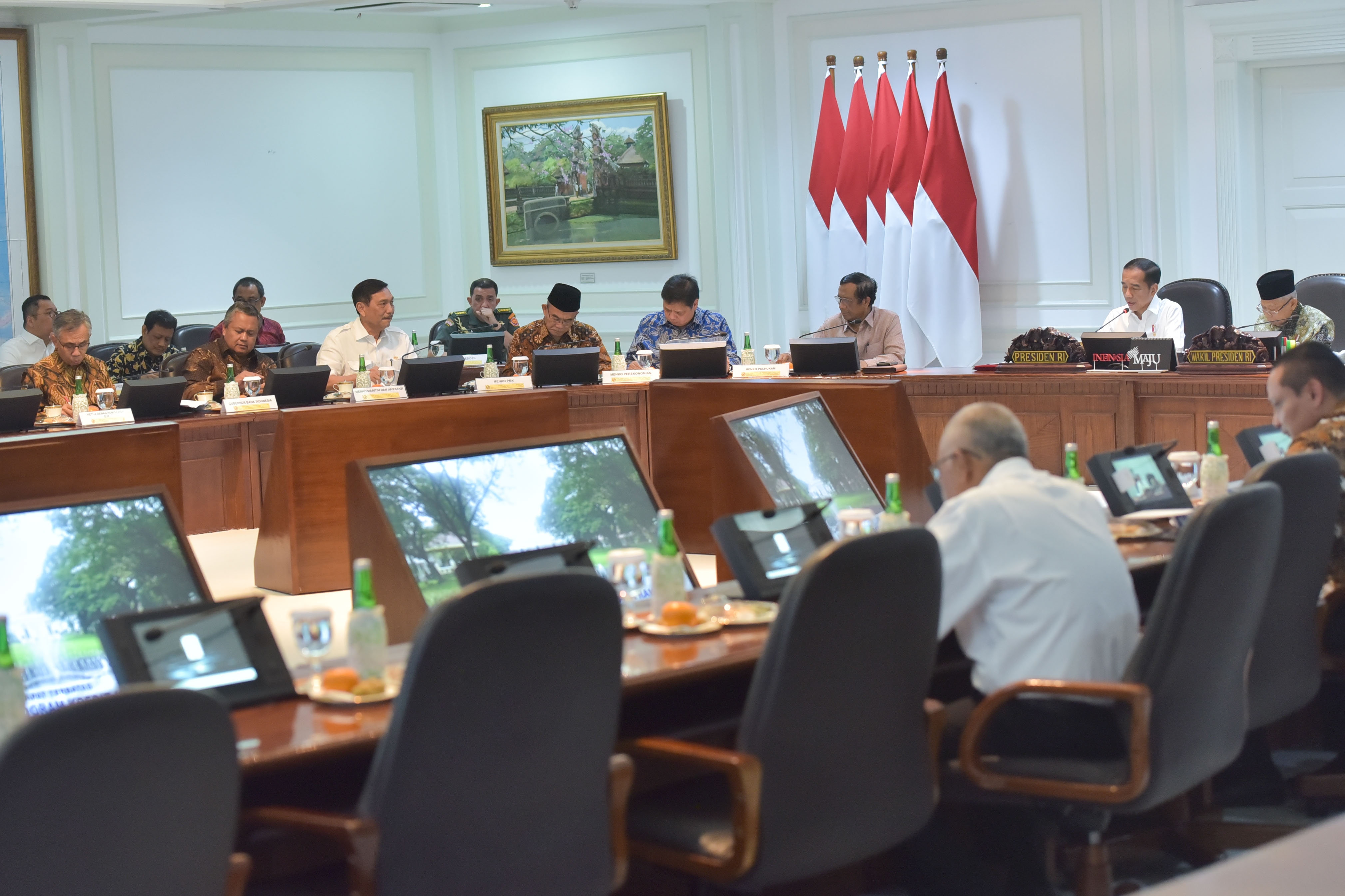 President Jokowi accompanied by Vice President KH Ma’ruf Amin chairs a limited meeting on the Implementation of the 2020 Micro Credit Program, at the Presidential Office, Jakarta, Monday (9/12). (Photo by: Rahmat/PR)

The Government has announced it will increase the budget for micro credit (KUR) to Rp190 trillion, with the interest rate also being lowered  from 7 percent to 6 percent, President Joko “Jokowi” Widodo said.

“With this substantial amount of ceiling, it is expected that a significant impact will be gained to grow people’s economy, mainly micro, small, and medium enterprises (MSMEs),” the President said in his introduction at a limited meeting on the implementation of the 2020 micro credit program at the Presidential Office, Jakarta, Monday (9/12).

On that occasion, the President also reiterated that KUR distribution must meet the target, including for productive sectors and not for trade sector.

“We have to use the budget for productive sectors, particularly for micro businesses related to agricultural sector and I learn that only 30 percent of the existing ceiling has been utilized,” said the President.

Likewise, with regard to processing industry of MSMEs, according to the President, only 40 percent has been utilized, with fisheries and tourism sectors still reporting low budget absorption.

“We should find a solution to the main problems, so the KUR distribution can meet its target,” the President added.

The Government, President Jokowi added, is also weighing the option to roll out a special KUR scheme needed that is adjusted to the needs of existing sectors and with a special grace period adjusted with production time, or an investment KUR scheme with a longer period so MSMEs can expand their businesses.

The President also highlighted several issues in which banks are still asking for collateral to KUR recipients and transferring commercial loans to KUR.

“We must put an end to this practice so the KUR is channeled to productive sectors and we can take our MSMEs to the next level,” the President said. (HIM/SM/RAH/ES)