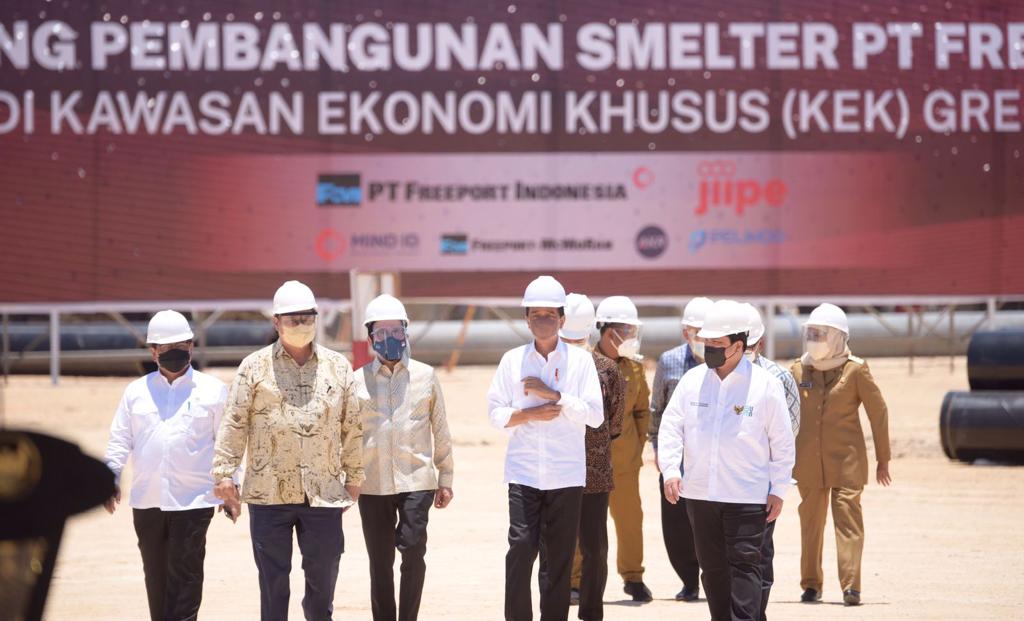 As many as fifteen Special Economic Zones (SEZs) that have been operating in the country have absorbed around 23,000 workers, Coordinating Minister for Economic Affairs Airlangga Hartarto has said.

“We already have nineteen SEZs and fifteen of them have been operating. The investment value worth Rp64.4 trillion. Of a total 150 companies, there are 23,000 workers with exports value of Rp3.8 trillion,” said Airlangga in his report at the groundbreaking for the construction of PT Freeport Indonesia’s smelter, in the Gresik SEZ, Gresik regency, East Java province, Tuesday (12/10).

Gresik SEZ itself, Airlangga continued, is one of four additional SEZs. This SEZ was established on 28 June 2021 through Government Regulation (PP) Number 71 of 2021. This SEZ has a total land area of 2,167 hectares with a target investment value in the first five years of Rp71 trillion. The main activities of this SEZ include the metal industry (smelters), electronics industry, chemical industry, energy industry and logistics.

This SEZ is directly integrated with the sea port which has been widened and extended to 1,000 x 50 meters. This sea port will be equipped with several docks and several supporting facilities, and will be very significant in minimizing logistics costs.

He said that the pier is planned to be deepened to 16 LWS (low water spring) to be able to serve loading and unloading of large ships. By doing so, the port in the Gresik SEZ has the potential to become a strategic hub in Indonesia. (MAY / PR of Coordinating Ministry for Economic Affairs / UN) (EST / MMB)