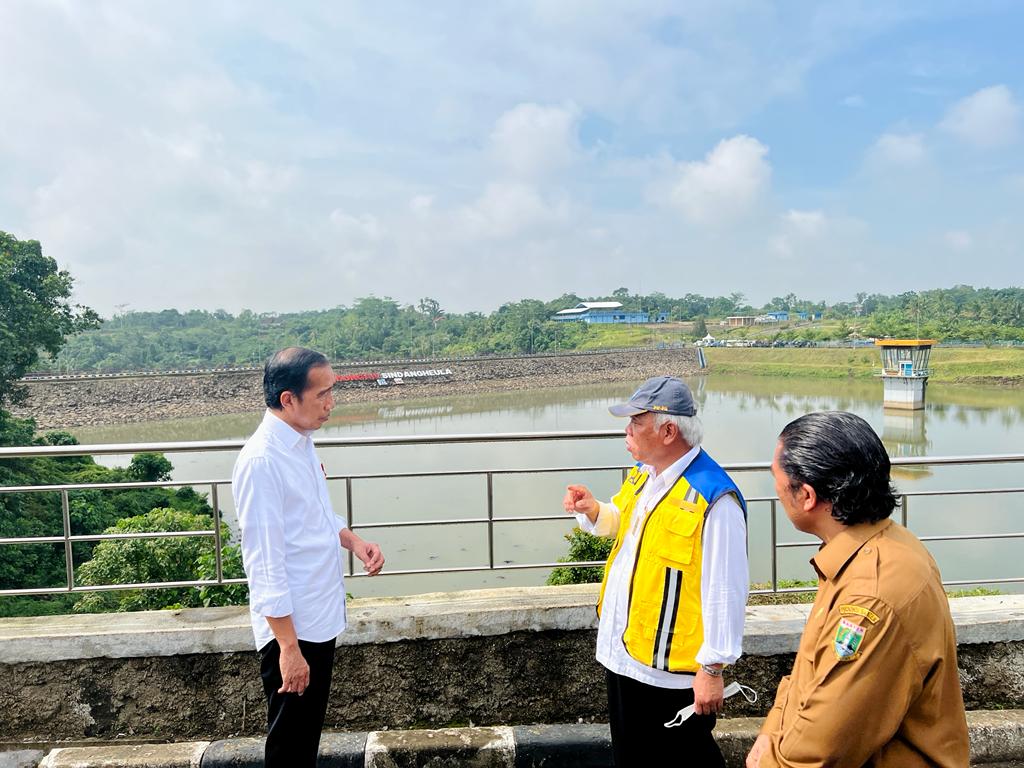 The construction of dams across Indonesia has elevated the cropping index, Minister of Public Works and Public Housing (PUPR) Basuki Hadimuljono said.

“According to Indonesia Statistics (BPS), the current cropping index is currently at a national average of 147 percent, with 231 dams. If we add 61 dams, our (national average) can increase to 200 percent,” Basuki explained while accompanying President Joko “Jokowi” Widodo at Sindangheula dam in Serang regency, Banten province, Friday (06/17).

“So it makes sense why do we do not import rice for three years,” he said, adding that under construction dams are expected to increase the cropping index when they will be completed so that national rice production can reach 40 million tons by 2045.

For the record, the Sindangheula dam—which was inaugurated by President Jokowi on March 4, 2021—costs a budget of Rp451 billion and has a capacity of 9.30 million cubic meters and is expected to provide irrigation for approximately 1,289 hectares of local rice fields.

“I hope the dam can provide big added value for the farmers of Banten in ensuring the availability of sufficient water so that they can be more productive and can maintain food security,” the President said at the inauguration. (BPMI Presidential Secretariat/UN) (GWH/HD)