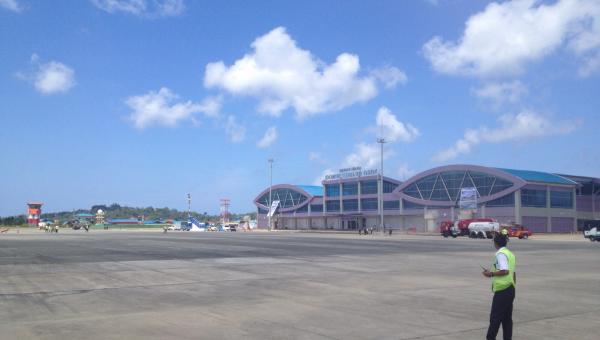 “President Joko “Jokowi” Widodo ordered us to develop Papua and West Papua provinces quickly. Therefore, I, together with Minister of Investment, regional governments, and elements of the Regional Leadership Communication Forum (Forkopimda), planned the construction of this Airport located in Siboru.  With difficult geographical conditions, more efforts are needed,” the Minister said when inspecting the construction progress of the two airports, Friday (24/09).

Currently, Torea Airport, an airport serving in Fakfak regency, only has a runway of approximately 1,400 meters long and cannot accommodate large-bodied aircraft. Therefore, since 2020, the Government has begun the project of Siboru airport in order to improve air transportation connectivity in West Papua. Currently, the construction progress of Siboru Airport has reached 30 percent and the airport is targeted for completion by the end of 2022.

“We hope that the Siboru Airport will create connectivity to and from Fakfak so that it can become a new tourist destination. We also hope that the mobility of people and goods can be carried out smoothly,” he said.

Previously, both Ministers also inspected the construction progress of the Rendani Airport.

The airport is expected to improve air transportation connectivity, open the gates of the economy and tourism in Manokwari and its surroundings.