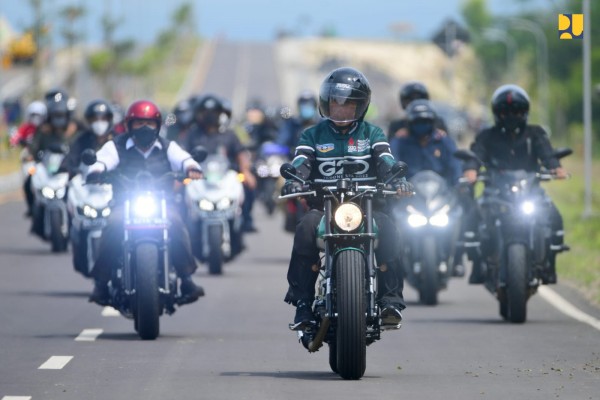 The Minister also said that the event to be held from 18 to 20 March 2022 would promote tourism and economic sectors in Mandalika.

“In a bid to support the international motorcycle racing event, Ministry of Public Works and Public Housing has developed and managed supporting infrastructures in Mandalika,” he said in a podcast of the Cabinet and Cabinet Secretariat (Podkabs) which is uploaded on Cabinet Secretariat’s official YouTube channel on Friday (03/18).

The construction works made by the Ministry included road expansion connecting Kuta and Keruak, construction of drainage of the road, and rehabilitation of existing highway vertical and horizontal alignments.

In addition, the Ministry has also built 900 homestays which are expected to support the promotion of Mandalika-Lombok Super Priority Tourism Destinations and rehabilitated old houses, as well as improved environment around Mandalika.

Basuki revealed that accommodations in Mandalika are fully booked by MotoGP spectators. Hence, the Government provided boats to serve as floating hotels to add the accommodation for MotoGP event.

He expressed belief that supports from the Government will make the MotoGP event a success, provide best services to the tourists and MotoGP enthusiasts, and bring benefits to tourism and economic sector for the communities.

“Not to mention the souvenirs. The famous souvenir of the area is pearl. We can also bring woven fabric from Sade village. It will rebuild economy (of the people),” he stated.

For the record, MotoGP 2022 in Mandalika is the second series. In February, riders have completed MotoGP pre-season testing for the 2022 season in Mandalika Circuit. Another international event, namely World Superbike (WSBK), was also held in Mandalika in November, 2021. (DND/TGH/FID/MAY/UN) (RAS/MUR)