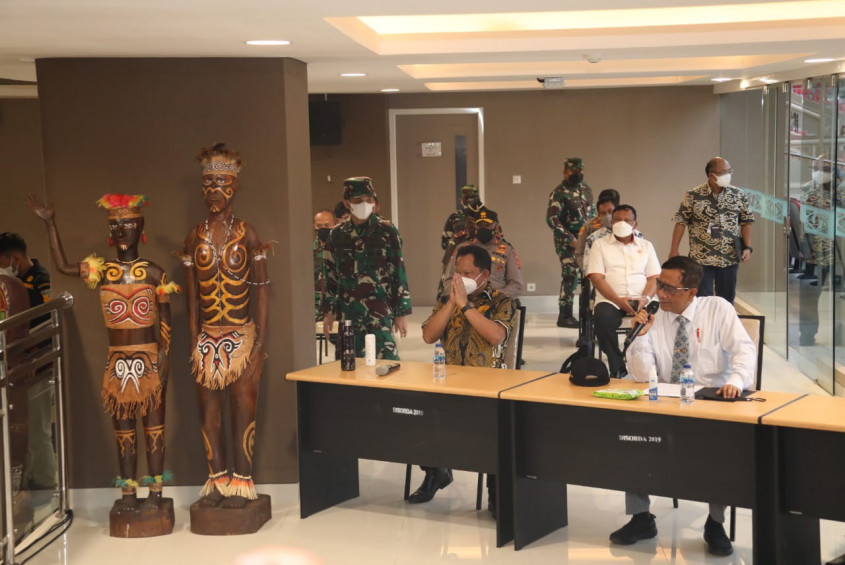 Supports from the Papuan people are some of the keys to the success of the 20th National Games (PON) and 16th National Para Games (Peparnas), Coordinating Minister for Political, Legal, and Security Affairs Mahfud MD said.

“I hope the community will also feel the joy. Let’s join hands with the Indonesian National Defense Forces (TNI), the National Police (Polri), the State Intelligence Agency (BIN), regional governments, who are currently intensifying vaccination efforts,” said Mahfud after an inspection on the readiness and security of the PON and Peparnas in Papua’s provincial capital Jayapura, Saturday (11/09).

These national sporting events are slated to be opened by President Joko “Jokowi” Widodo.

“The Government aims to achieve 70 percent vaccination target, so the events can run safely and comfortably,” he said.

“After my two-day visit to Jayapura city and Jayapura regency, in general conclusion, God willing, the 20th  PON and 16th Peparnas can be held properly according to the specified schedule. As for the preparation, be it physical preparation or anything related to this, it can be said that 95 percent has been completed, the remaining which is of a technical nature will be completed in the remaining time,” he said.

Mahfud also expressed gratitude to all elements involved in the preparation of these events.

After leaving Jayapura, Mahfud, accompanied by Minister of Home Affairs Tito Karnavian, continued his working visit to Merauke to inspect the security and readiness of several venues as well as the cross-border points at the eastern end of Indonesia. (Coordinating Ministry for Political, Legal, and Security Affairs /UN) (FI/MUR)