Ministry to Complete East Java Dams by End of 2020 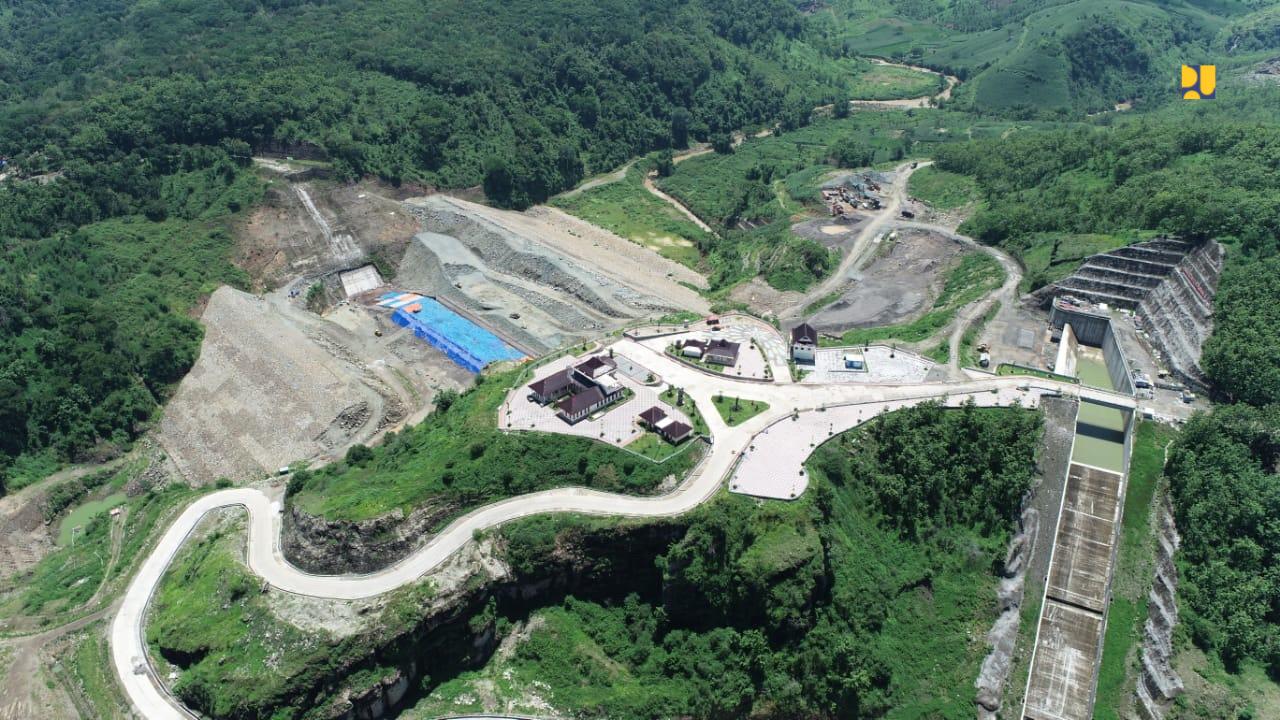 The Government through Ministry of Public Works and Public Housing affirmed its commitment in supporting water and food security by building dams and reservoirs in various regions, including in East Java Province which is known as national foodshed

Minister of Public Works and Public Housing Basuki Hadimuljono asserted that management of water resources and irrigation system will be carried on in order to support sustainable agriculture production.

In addition, the dams have also potential to provide raw water and energy, to control flood, and as a tourist attraction that can boost local economy.

The Ministry is, at the moment, completing the construction of Bendo Dam in Ngindeng Village, Ponorogo Regency, East Java. Construction of the dam which is scheduled to be completed and in operation by the end of 2020 has reached 73.26 percent.

As a flood control, the Dam will reduce water debit in the city of Ponorogo from 1,300 m3/second to 490 m3/second. The Dam which is 71 meters high and constructed by using Rp1,032 billion of the State Budget is also built to generate electricity (1.56 MW).

To date, construction of Gongseng Dam which is targeted to finish by the end of 2020 has 76.92 percent completed.

For the record, the Dam that has a storage capacity of 22.43 million cubic meters will irrigate 7,800 hectares of land, supply raw water with a total capacity of 300 liters/second, reduce flood debit by 133.27 m3/second, and generate electricity (0.7 MW).

On the other hand, construction of Tukul Dam has reached 76.35 percent. The Dam that has a storage capacity of 8.68 million cubic meters will irrigate 600 hectares of land, and supply raw water with a total capacity of 300 liters/second. The Dam will also control flood in Pacitan since it can reduce flood debit from Grindulu stream. (Ministry of Public Works and Public Housing/EN)