Ministry to Prepare Expansion of Peatland for Agricultural Area 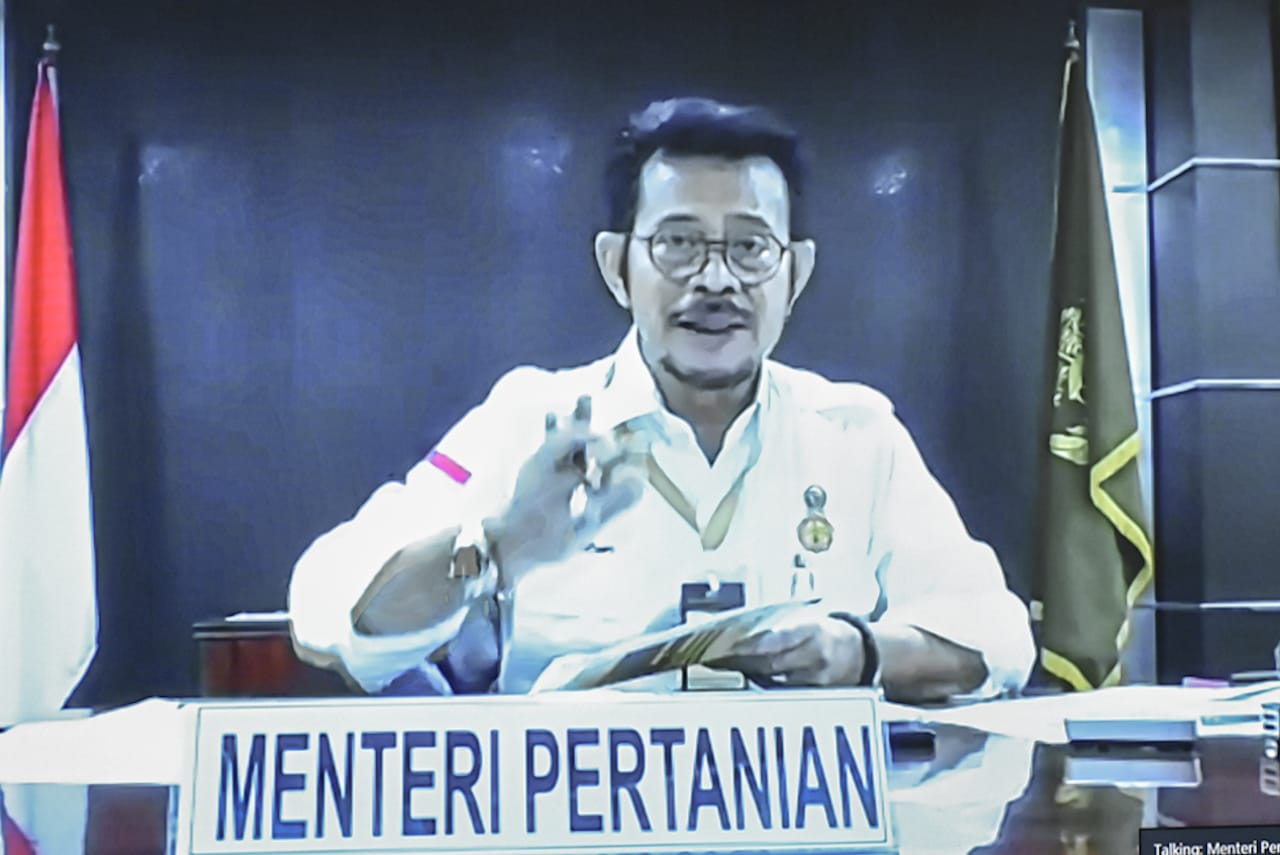 Ministry of Agriculture is ready to prepare the expansion of existing peatland for agricultural area, according to Minister of Agriculture Syahrul Yasin Limpo.

“We focus on 164,000 hectares of existing peatland at the first phase while waiting for the preparation of 250,000 – 300,000 hectares of land as planned by Coordinating Minister for Economic Affairs based on the President’s instruction,” the Minister said in a press statement on Wednesday (13/5).

The expansion of 164,000 hectares of existing peatland became the Ministry’s main focus because it requires extra efforts since characteristics of peatland for yield of rice is different than agricultural land in the mountains area of Java Island.

The Minister went on to say that the expansion must also be supported by the availability of farmers to cultivate the crops.

“In addition to full system mechanism, we need to prepare farmers to cultivate hundreds of thousands of land. Every one hectare requires 2 or 3 farmers. Thus, 300,000 farmers must be deployed to cultivate 100,000 of land,” he said.

He expressed hope that the task can be well-executed under the coordination of the Coordinating Minister for Economic Affairs, particularly the preparation of farmers that must be handled by the regional government and transmigration agency.

“We are ready to monitor the condition on the field. Tomorrow, we will go to Central Kalimantan on the approval of the Governor to see the site in order to provide inputs for the handling,” the Minister said.

Also on that occasion, he asserted that the Ministry has secured the stock of 11 basic commodities until July.

Therefore, he added, the President has instructed the Ministry of Agriculture and Ministry of Trade to use aircrafts of the Indonesian National Defense Forces (TNI).

“I guess there is no more issue in the commodities supply. As for sugar, we only need to expedite the distribution and to meet the demand of local market,” he said.

He also said that the Ministry is ready to distribute high-demand commodities such as shallot and beef to the markets.

“The preparation is expected to be completed by the end of the month of Ramadan or ahead of Eid Al Fitr,” he concluded. (FID/EN)