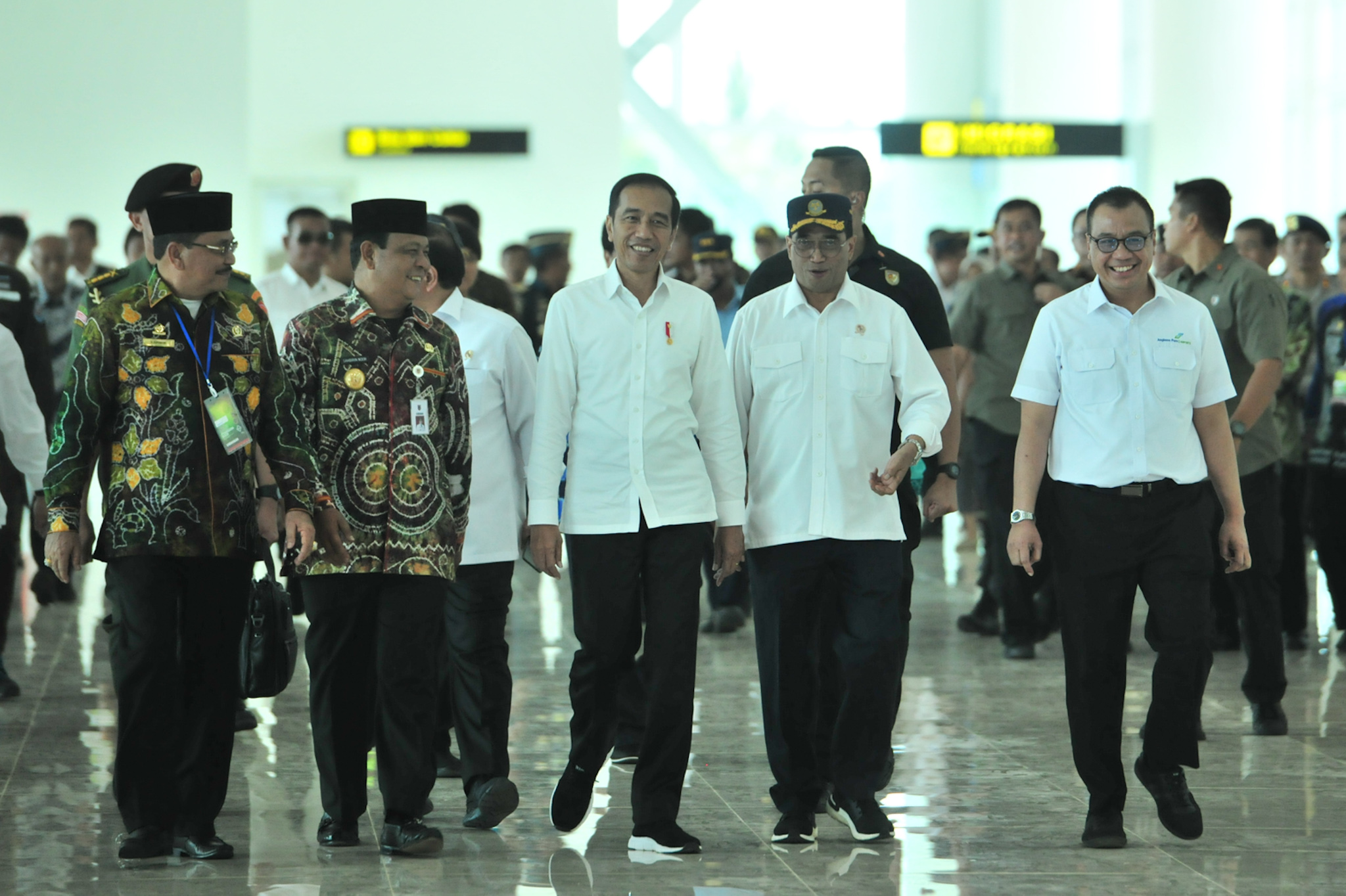 For the record, the airport has been expanded eightfold from 9 thousand to 77 thousand square meters, increasing its capacity from 1.3 million to 7 million passengers.

“I have checked that (the airport) has experienced a growth of airlines and passengers, 10% and 7% respectively. It means that this airport should be built even bigger in ten years,” President Jokowi said during the inauguration of the new terminal of Syamsudin Noor International Airport, Banjarbaru, South Kalimantan, Wednesday (18/12).

The President also stated that the massive development of infrastructure carried out by the Government is intended to increase competitiveness. Infrastructure, he added, is a key to compete with other countries.

President Jokowi also recalled that in 2014, Indonesia’s ratio of infrastructure to GDP was 37%, resulting in low competitiveness. Therefore, he said, the Government was adamant to prioritize infrastructure.

The President also went on to say that the established infrastructure should be connected to key areas such as agricultural areas, plantation areas, fisheries areas, industrial centers of small businesses, large industrial areas and tourist areas to generate growth.

Therefore, President Jokowi asked Sahbirin Noor to connect the airport to those areas. “This is the task of the provincial, regency, and municipal governments,” he said, adding that this effort is intended to ensure that the development is beneficial for the people. (FID/JAY/ES)