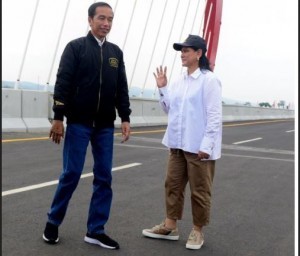 President Joko Jokowi Widodo congratulated mothers and women throughout the country on the commemoration of Mothers Day celebrated on 22 December each year.

For extraordinary mothers and women who have fought to arouse the spirit of nationalism, uphold justice for women and the nation, the President said as quoted from a press release released by Deputy of Protocol, Press, and Media of Presidential Secretariat, Bey Machmudin, on Saturday (22/12).

In his remarks, President Jokowi also underscored the roles Indonesian mothers and women have played in maintaining national unity and diversity. For those who constantly remind us of Indonesias unity and diversity, I wish you a Mothers Day, he said. (Bureau of Press, Media, and Information of Presidential Secretariat/ES)