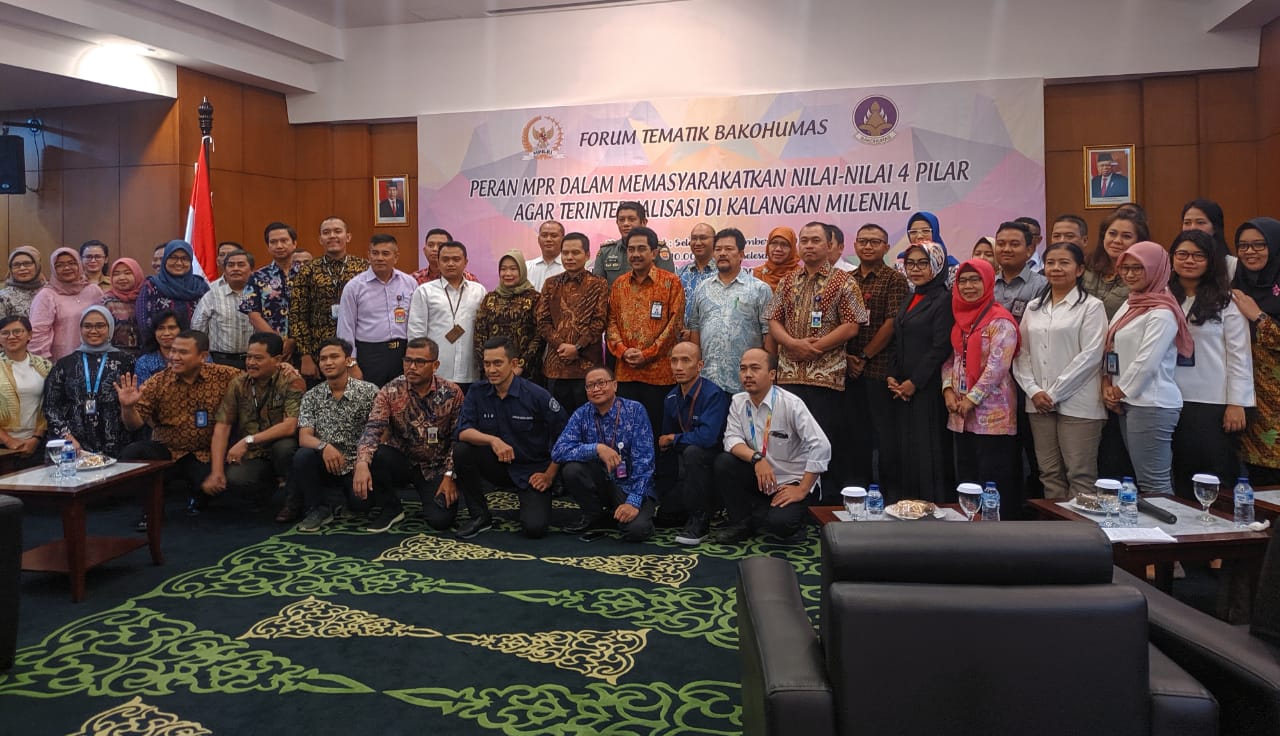 “We certainly do not want to lose the opportunity in the future. The challenges are huge if we do not provide the medium to build our national identity for the next generation,” Ma’ruf said at the Public Relations Coordinating Board (Bakohumas) Thematic Forum, at the Nusantara Building of the legislative complex, Senayan, Jakarta, Tuesday (19/11).

For this reason, Ma’ruf added, the the People’s Consultative Assembly –  which is responsible for the dissemination of four pillars of the nation (the state ideology of Pancasila, the 1945 Constitution, the pledge of Unity in Diversity (Bhinneka Tunggal Ika), and the Unitary State of the Republic of Indonesia) – must evaluate its methods to adjust to the community segmentation as needed, at the least in cognitive aspects.

In the meantime, Chairman of the Bakohumas Widodo Muktiyo reported that based on a survey by the Indonesian Internet Service Providers Association (APJII) in 2018, Internet users in Indonesia has reached 171.17 million. The users in the age range of 15-19, 20-24, and 25-29 have reached 91 percent, 88.5 percent, and 82.7 percent, respectively.

In such a large wave of Information affecting the Millennials, the Chairman said, it is very important for the Government to equip them with strong national characters. He added that a true character cannot be inherited but must be built and developed consciously and continuously through a long process.

“Therefore, all elements of the Government, especially public relations from all ministries/institutions and SOEs, need to establish a strong synergy in an effort to accelerate the process of information dissemination through information channels owned by government agencies,” Widodo stated.

For the record, the Thematic Forum was attended by representatives of public relations from ministries/institutions and SOEs. (HEN/RAF/ES)