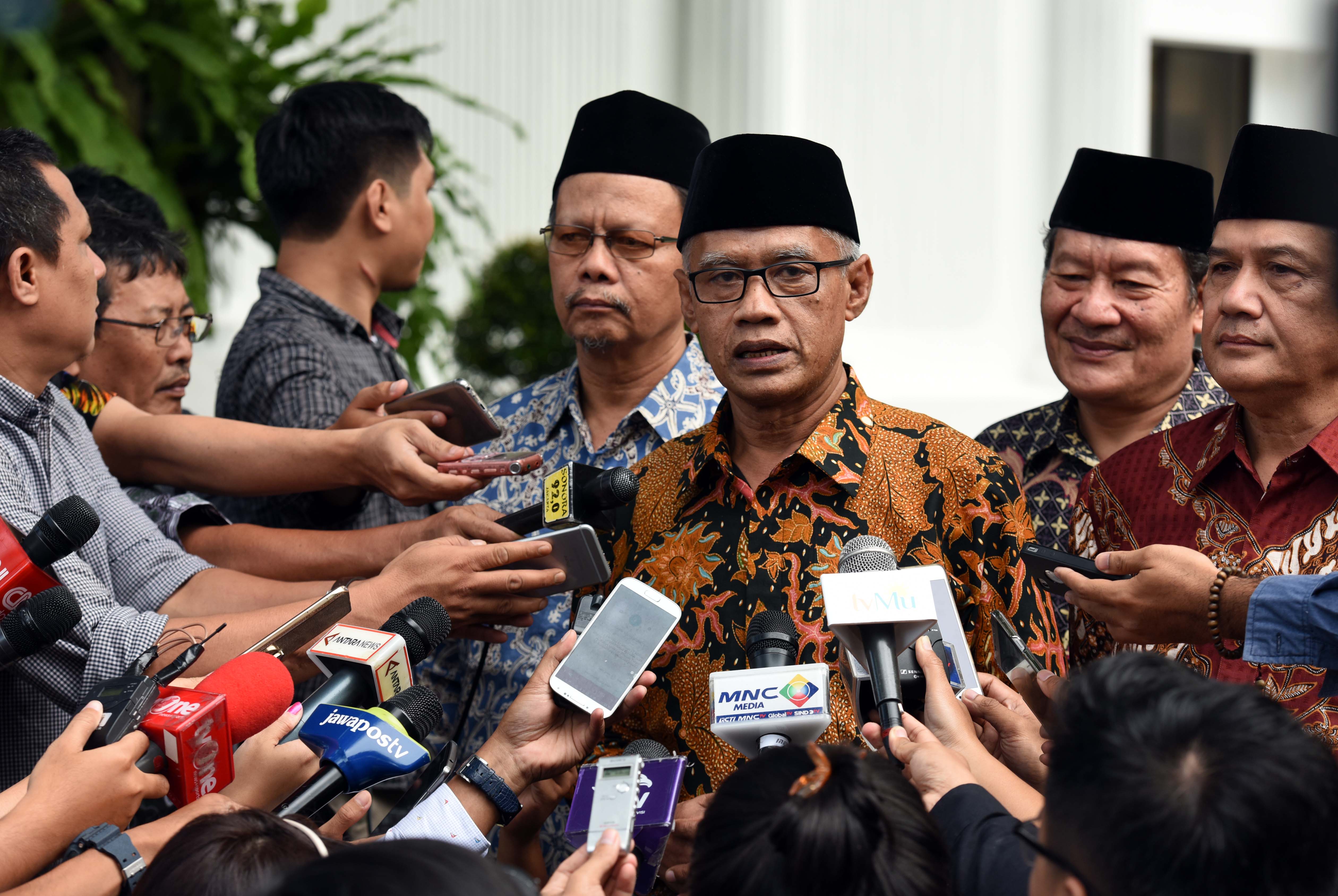 President Joko Jokowi Widodo is aware that there are many interpretations regarding the reactivation of Jakarta Governor Basuki Ahok Tjahaja Purnama after completing his campaign leave in the face of gubernatorial election on Friday (10/2) and associated with his status as a defendant in a blasphemy case. “President Jokowi asked Minister of Home Affairs to ask the official views of the Supreme Court (MA),” Chairman of the Muhammadiyah Central Executive Haedar Nasir said after he and other Muhammadiyah leaders met with President Jokowi, at the State Palace, Jakarta, Monday (13/2) afternoon.

If there is already an official view from the Supreme Court, Haedar further explained, then we will carry it out. “So, I think this is the correct measure amid many interpretations regarding the activation  deactivation, then the best way is to ask for the MA views, not the views from the Indonesian Council of Ulama (MUI),” Haedar joked.

Haedar expressed hope that it does not take longer time for the MA to issue its views so as to provide legal certainty and the uproar will come to an end. According to Haedar, Muhammadiyah’s take on the issue is that legal principle is enforced. If Ahok is to be deactivated based on the legal principles and the law, then just do it. “So I believe this is the principle that we all embrace. As Indonesia is a law-based country so let us use the principles. If there are differences in interpretation, then there should be an authority to ensure that,” Haedar said.

Haedar also reminded all that the principles apply to all cases, not only in Jakarta, but also in Gorontalo and so on. “Enforce the law according to the prevailing constitution,” he continued.

Previously, Minister of Home Affairs Tjahjo Kumolo said that the suspension of Jakarta Governor Basuki Tjahaja Purnama is waiting for the official charges of the prosecutor in the trial. “If it is five years, we will suspend him until there is a final decision,” the Minister said.

Under Article 83 of Law No. 23 of 2014 on Regional Governments, it is mentioned that: 1) The regional head and/or vice regional head shall be suspended without through a proposal of the Regional House of Representatives (DPRD) as charged with a criminal offense for a minimum of five years imprisonment, corruption, terrorism, treason, criminal offense against the security of the state, and/or other offenses that could divide the Unitary State of the Republic of Indonesia.

The Public Prosecutor charged Basuki Ahok Tjahaja Purnama with Article 156a or Article 156 of the Indonesian Criminal Code (KUHP) for blasphemy. The penalty for violating Article 156a is a maximum of five years imprisonment, while for Article 156 is four years. (FID/ES) (MUR/YM/Naster).