National Sports Week to be Held in October After Delay 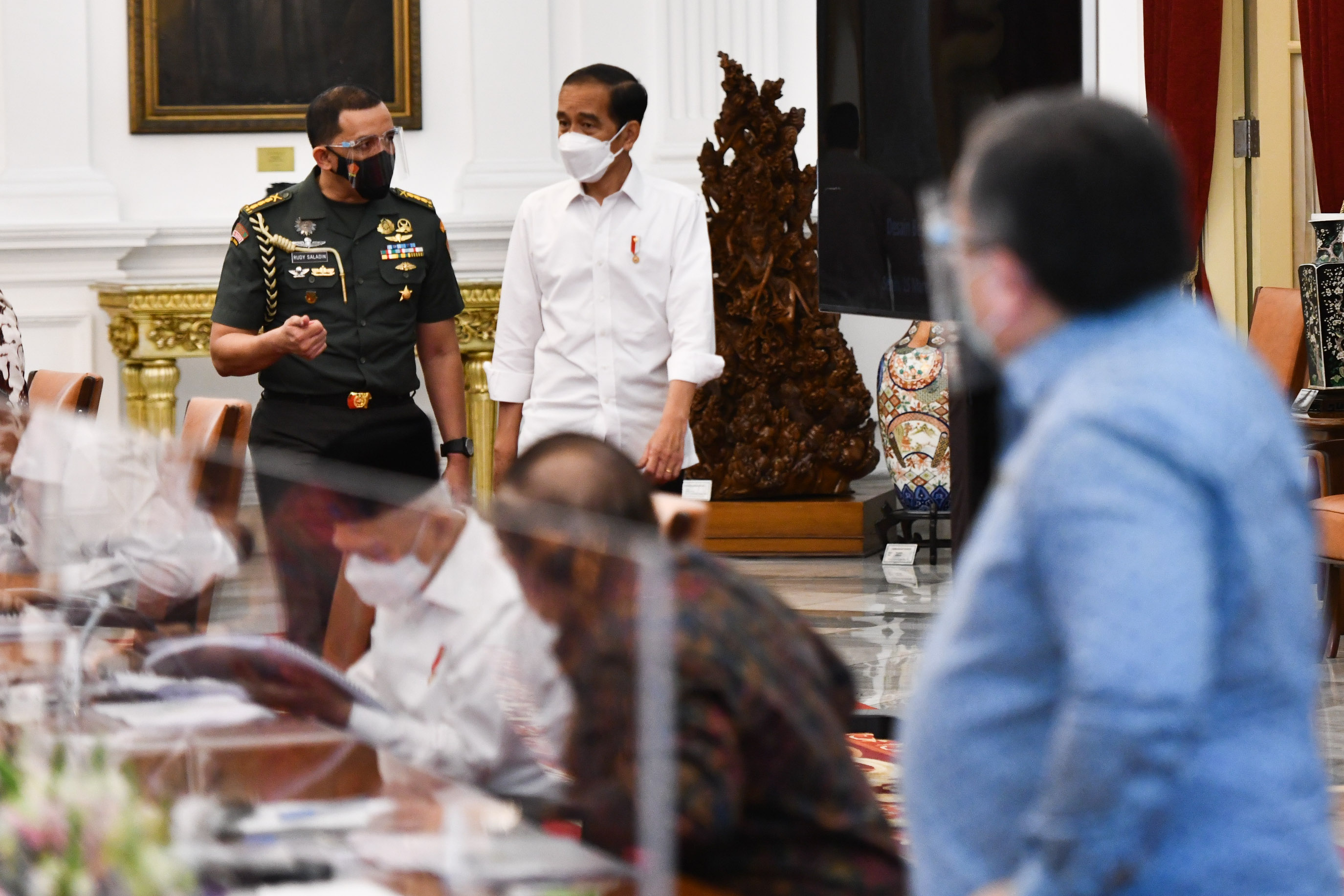 President Jokowi before leading the limited meeting on the grand design of national sports and the preparation of the 20th National Sports Week and the 16th National Paralympics Week, Monday (15/02/2021) morning. (Photo: PR of Cabinet Secretariat/Rahmat)

The Government has announced that the 20th National Sports Week and the 16th National Paralympics Week in Papua province will be held on 2 to 15 October this year after delay due to COVID-19 pandemic.

“It’s the directive of the President. Because we have made preparation, we will hold the events this year. There is no more delay for PON because we postponed it last year,” said Minister of Youth and Sports Zainudin Amali after attending a limited meeting on the preparation of the 20th National Sports Week and the 16th National Paralympics Week, Monday (15/03).

The Minister also said that according to Governor of Papua Lukas Enembe, preparations have been made to hold the events.

“The Governor said that essentially everything is ready and we also reported (the readiness),” he said, adding that President Jokowi has also ordered COVID-19 vaccination for all contingents participating in the events and all of the local communities.

“The President ordered all contingents to be vaccinated, including athletes, coaches, officials, and supporting crews. In fact, the President also ordered that the communities near the venue must also be vaccinated to ensure that all of them will have been vaccinated in October,” the Minister said, adding that his ministry is currently vaccinating athletes, coaches, and supporting crews.

“(The vaccination) started on 26 February and the process is still ongoing. Following the vaccination, I am optimistic that by that time, everyone will have been vaccinated,” he said.

The Minister further said that there is an ongoing analysis to determine whether the 20th National Sports Week and the 16th National Paralympics Week will be held without or with certain number of audiences.

“We learn from the Tokyo Olympics that is going to be held in a few months. We will see what the preparations are like. Health protocols are certainly important and they must be observed with discipline,” he remarked. (TGH/UN) (DH/EP)