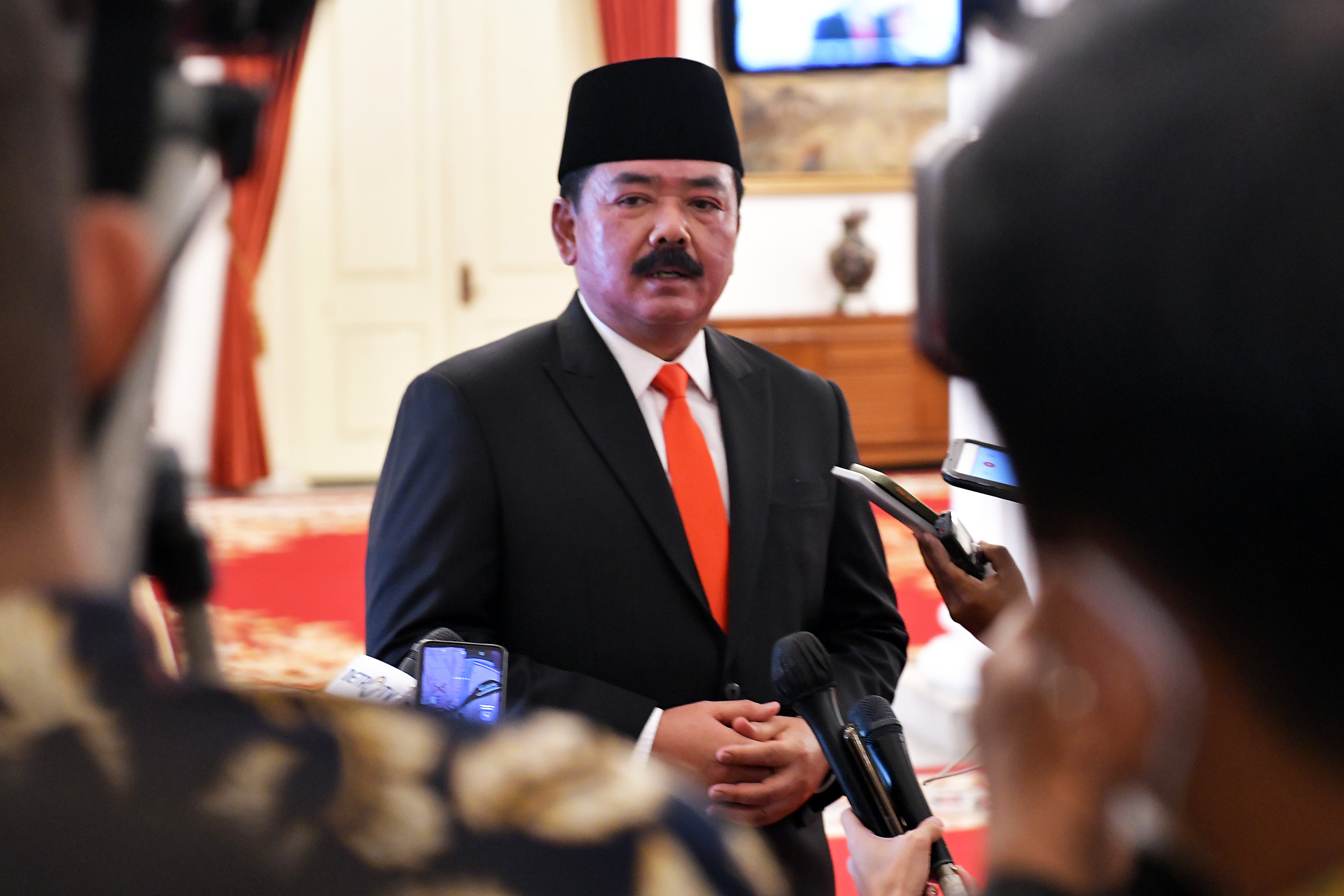 Minister of Agrarian Affairs and Spatial Planning/Head of the National Land Agency (BPN) Hadi Tjahjanto delivers a statement after being inaugurated by President Jokowi, Wednesday (06/15) at the State Palace, Jakarta. Photo by: PR of Cabinet Secretariat/Rahmat.

Minister of Agrarian Affairs and Spatial Planning/Head of the National Land Agency (BPN) Hadi Tjahjanto said that President Joko “Jokowi” Widodo has ordered him to address three main issues in the agrarian and spatial planning sector.

“As stated earlier by the President, my first task is to resolve the issue of certificates [of land] belonging to the people,” Hadi said after being inaugurated by President Jokowi, Wednesday (06/15) at the State Palace.

According to the newly appointed Minister, from the target of 126 million land certificates, 81 million certificates have been distributed.

“We will solve problems on the ground and join hands with relevant stakeholders so that the certificates belonging to the people can be distributed immediately,” he said.

The second issue that will be addressed is land disputes.

The Minister went on to say that Ministry of Agrarian Affairs and Spatial Planning will also focus on dealing with land and spatial planning in the new capital of Indonesia.

“We will join hands with relevant stakeholders to address the three issues,” he remarked. (MAY/UN) (RI/MMB)