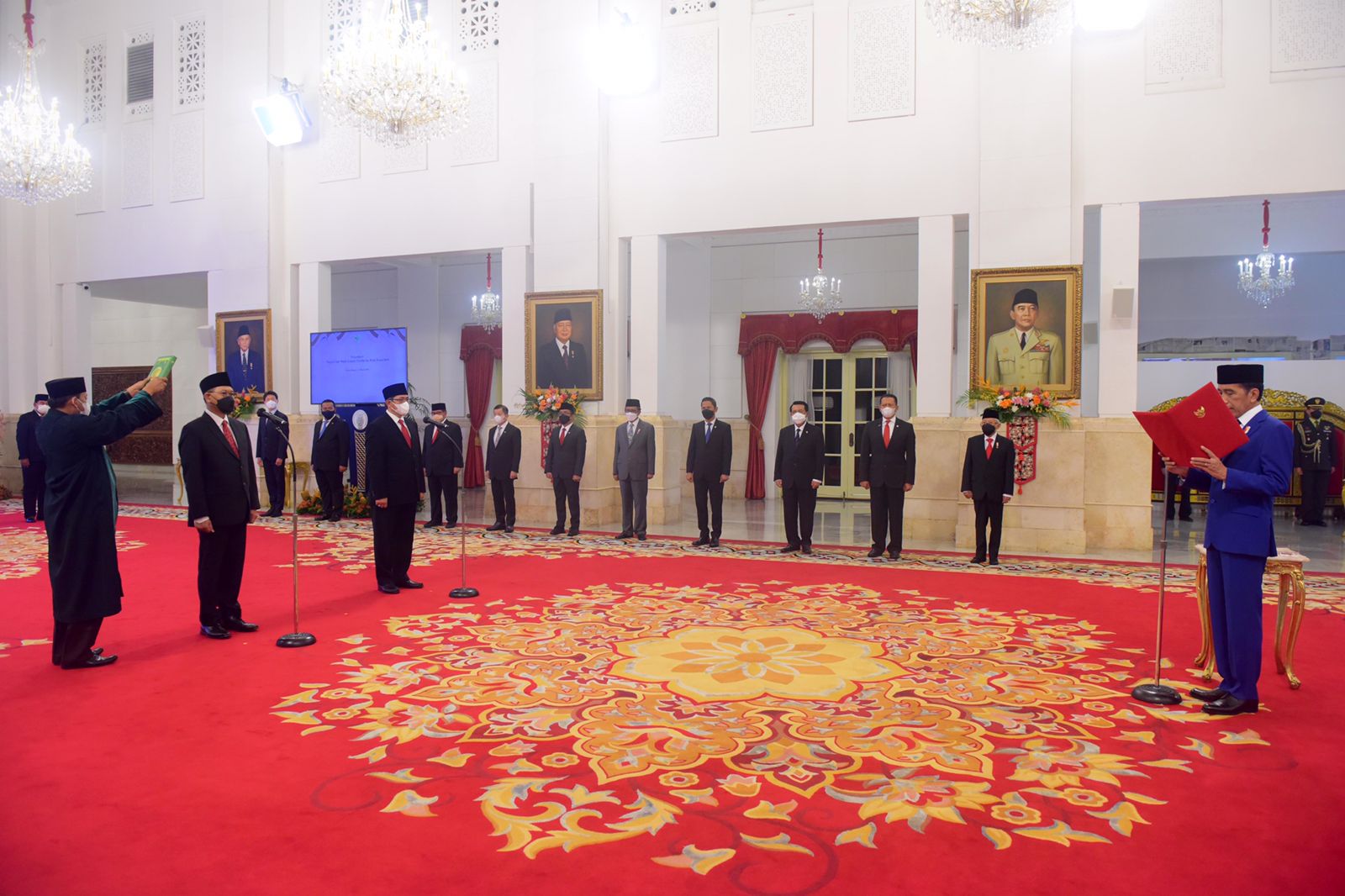 President Jokowi inaugurates Chairperson and Vice Chairperson of the Capital Authority at the State Palace, Jakarta, Thursday (03/10) (Photo by: PR of Cabinet Secretariat/Jay)

President Joko “Jokowi” Widodo has expressed hope that the new capital would become a place for new civilization that reflects the future of Indonesia.

“The President expressed hope that the new capital will reflect the future of Indonesia,” Chairperson of the Capital Authority Bambang Susantono said after his inauguration at the State Palace, Jakarta, Thursday (03/10).

Bambang said that the new capital development does not only prioritize physical construction but also interactions among its residents.

The President, he added, also expressed hope that the new capital will become a model not only for Indonesia but also for the world.

Bambang further said that he and his Vice, Dhony Rahajoe, would immediately start their job to build an inclusive, green, smart and sustainable city. The construction of a city, he added, will takes 15 to 20 years.

Bambang also said that he would join hands with relevant Ministries/Agencies, including the National Development Planning Agency (Bappenas) and Ministry of Public Works and Public Housing.

“We will immediately contact relevant Ministries/Agencies that have been preparing the concept (of the new capital), including the Bappenas that has conducted various studies since 2017, Ministry of Public Works and Public Housing, and other stakeholders,” he said.

Bambang also underscored the importance of support from all stakeholders to build a new capital that reflects the archipelago with local wisdom.

“We have to build a capable institution that can work hand in hand with other stakeholders to speed up the development of the new capital,” he remarked. (DND/UN) (RI/LW)