New Police Chief Thanks President Jokowi for the Trust 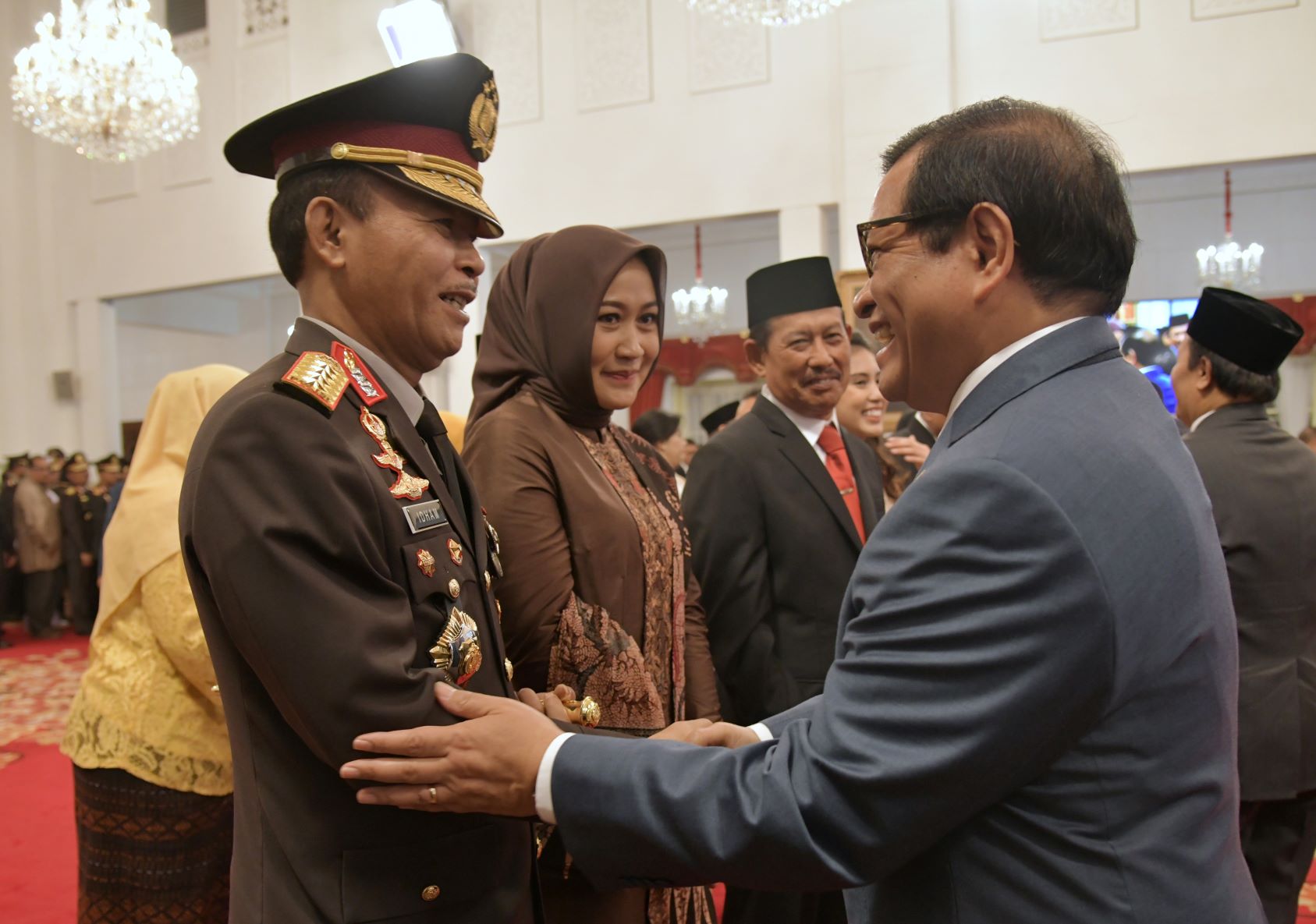 Police General Idham Azis has expressed gratitude for being trusted by President Joko “Jokowi” Widodo to carry out the mandate as Chief of the Indonesian National Police.

“I also thank all Indonesia people and would like to ask their prayers so that I can improve and continue strengthening cooperation with the Indonesian National Defense Forces (TNI) to jointly maintain security and public order throughout Indonesia,” said Idham after being inaugurated as National Police Chief at the State Palace, Jakarta, Friday (1/11).

The Police Chief also expressed gratitude to the press and media as the strategic partner of the National Police and invited them to join hands to create a peaceful situation in the country.

Regarding his programs, the 56-year-old General said that he has explained it during the fit and proper test before the Commission III of the Indonesian House of Representatives (DPR).

Born in the Southeast Sulawesi city of Kendari, Idham graduated from the Police Academy in 1988. Prior to his appointment as Police Chief, he was served as Head of the Police Criminal Investigation Agency. (FID/OJI/ES)