New Term of Office of SKK Migas Head is Set 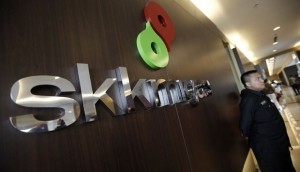 In order to realize the smooth management of upstream oil and gas business activities and to improve the performance accountability and financial management, the Government considers it necessary to restructure the organization as well as the sources and mechanisms of operational financing for the Upstream Oil and Gas Regulatory Special Task Force (SKK Migas).

“That in order to control, supervise and evaluate the management of upstream oil and gas business activities by SKK Migas, a Supervisory Commission is established,” reads Article 2 paragraph (2) of this Regulation.

Under the Regulation, the Supervisory Commission has additional duties other than the details of the duties in the previous Presidential Regulation, which provides guidance in the implementation of the internal supervisory function and receives internal monitoring report of SKK Migas.

In addition, in this Regulation, in the execution of its duties, the Supervisory Commission may have a maximum of 5 (five) experts, whose amount of honorarium is stipulated by the Minister after obtaining principle approval from the Minister of Finance.

“In order to improve the implementation of the functions and duties of SKK Migas, the President on the proposal of the Minister after obtaining prior consideration from the Supervisory Commission may dismiss the Head of SKK Migas prior to his term of office,” reads Article 8 paragraph (5) of this Regulation.

Meanwhile, the retirement age limit of Deputy Head, Secretary, Internal Controller, and Deputies is 60 (sixty) years old, and 56 for employees of SKK Migas, and may be extended to 58 (fifty eight).

The Presidential Regulation also removes the provisions concerning operational costs in the context of the management of upstream oil and gas business activities, which in the previous Presidential Regulation stipulates that they are derived from a certain amount of the state part of any upstream oil and gas business activities proposed by the Minister to be stipulated by the Minister of Finance.

Under this Presidential Regulation, the operational costs required in the management of upstream oil and gas business activities for 2012 are derived from the remaining budget of the Upstream Oil and Gas Executive Agency (BP Migas) in 2012, and shall be in accordance with the mechanism of the State Budget, which is regulated by the Minister of Finance.