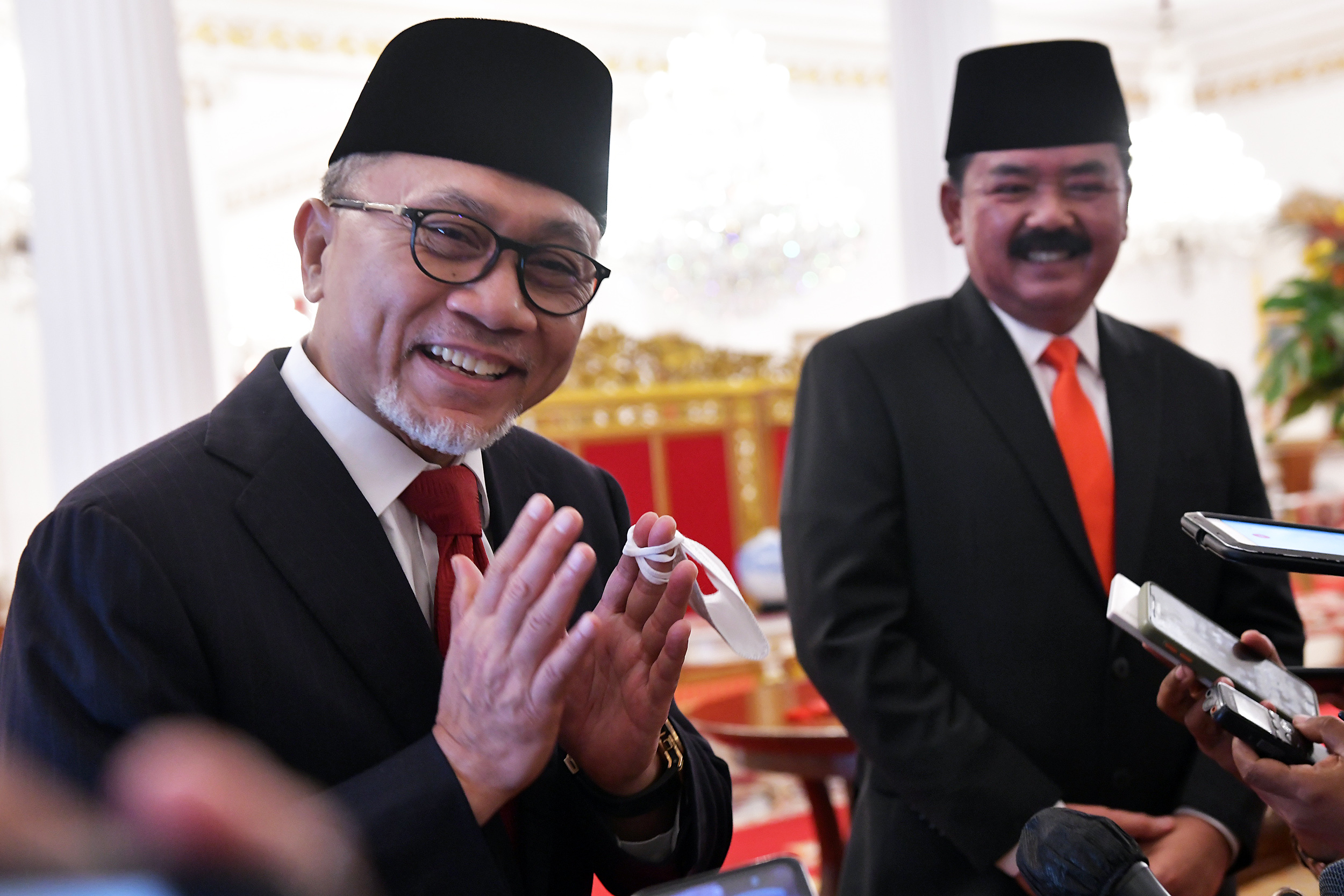 Minister of Trade Zulkifli Hasan and Minister of Agrarian Affairs and Spatial Planning/Head of the National Land Agency (BPN) Hadi Tjahjanto on press statement after inauguration by President Joko Widodo at the State Palace, Jakarta. (Photo by: Cabinet Secretariat PR/Rahmat)

Newly-appointed Minister of Trade Zulkifli Hasan Wednesday (15/06) pledged he would be focus on ensuring the availability of cooking oil at affordable price.

“If (the problem) persists, it would bring difficulties for the people. We will make it a priority,” the Minister said after his inauguration by President Joko Widodo at the State Palace, Jakarta.

“I have to learn, but learn fast,” he said, adding he would cooperate with relevant parties to resolve the issue of the availability of cooking oil in the country.

“We will work hand-in-hand so this prolonged problem can be resolved in a quick and swift manner,” he remarked. (MAY/UN) (GWH/EP)