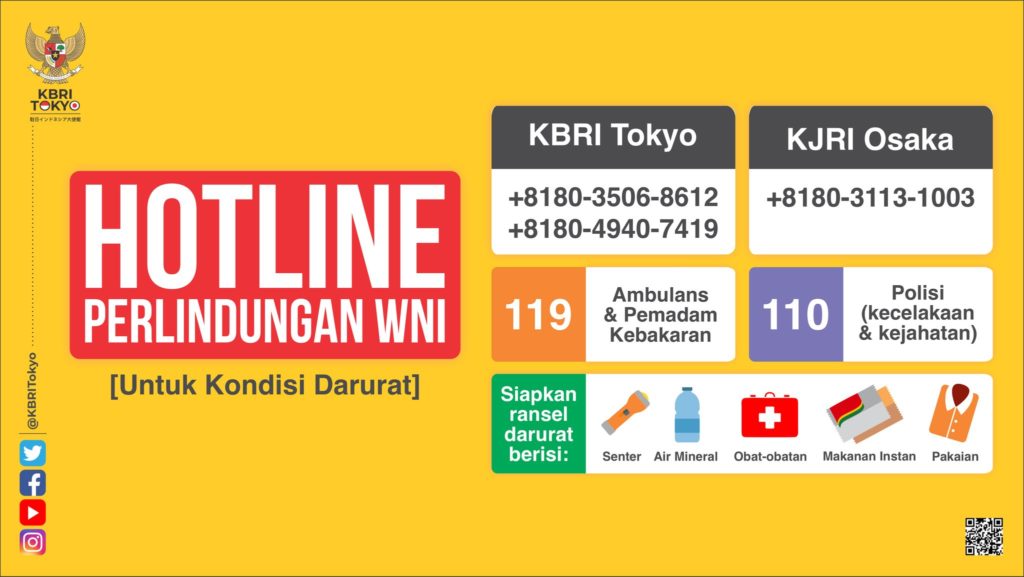 Indonesian Ministry of Foreign Affairs on Sunday (14/02) announced that no Indonesian citizens are affected in a 7.3 magnitude earthquake that hit the Japanese coastal city of Fukushima on late Saturday (13/02).

“The Indonesian Embassy in Tokyo has provided reports and will continue to communicate with the Indonesian communities (in Japan). So far, there have been no reports of Indonesian citizens who are affected,” reads a release of Indonesian Ministry of Foreign Affairs on kemlu.go.id.

Centered at a depth of 60 kilometers below sea level in Fukushima, the earthquake was also felt in parts of Fukushima, Miyagi, Tochigi, Iwate, Ibaraki and Tokyo.

The Japan Meteorological Agency has informed that the earthquake has no potential for a tsunami.

Citing a report from local media, as of Sunday morning (14/02/2021), at least 50 people have reportedly been injured in Fukushima and Miyagi and 950,000 houses are experiencing power outages.

“The Japanese Government has conducted an inspection of the Fukushima Nuclear Reactor and so far there have been no reports of damage,” reads the release.

Data from Japanese immigration also revealed that as of June 2020, the total number of Indonesian citizens in Japan is 66,084 Indonesians, 1,524 of whom live in the two areas hit hardest by the quake with 540 in Fukushima and 984 in Miyagi.

“We appeal to Indonesian citizens to remain calm and stay alert and to closely follow the development of information and instructions from the Japanese authorities,” reads the appeal from the Indonesian Embassy in Tokyo.