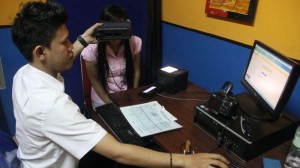 Ministry of Home Affairs has reported that widely circulated and traded population data, such as electronic id card (KTP-el), family card (KK), and child identity card (KIA), do not originate from Directorate General of Population and Civil Registration (Ditjen Dukcapil).

“I assure you that the traded population data do not originate from the Dukcapil. I also want to verify that the single identity number (NIK) and KK are securely stored in the Dukcapil database. Contrary to the public’s assumption, there are no leaks,” the Ministry’s Director General of Dukcapil Zudan Arif Fakrulloh told reporters in Jakarta, Saturday (27/7).

The statement was made in response to the recent Facebook closed group named Dream Market Official that went viral which illegally provides a place for personal data transaction.

The Dukcapil data center security system, Zudan stated, is layered and everyone who wants to access the data center needs to go through three stages of fingerprint scanning. Dukcapil also uses VPN service to connect with operators, he added

“So, inside leaks are very unlikely to occur,” he said.

The most feasible option, according to Zudan, is misuse of data circulating widely on search engine. According to him, the data can be collected and processed by irresponsible parties. Moreover, the Personal Data Protection Law is currently still being discussed by the Government, so the data misuse via social media is very rampant, he added

Zudan also urged the public not to easily upload their population data to social media because the uploaded data will appear in the search engine and can be easily misused by “data scammers”.

“There are lots of scattered KTP-el and KK on Google’s search engine. There is an opportunity for irresponsible people to commit crimes,” Zudan said, adding that the search result for “elektronik data” (KTP-el) resulted in about 8,750,000 unblurred data and images of KTP-el, and 38,700,000 data and images for “Kartu Keluarga” (KK).

Zudan also unveiled the risks posed by the public when handing over their copies of population data to, for example, service bureau, hotels, offices, and top up counter.

“There is no guarantee that the data will be safe,” he said.

Previously, the Indonesian Ombudsman has stated that the rights given to private institutions to use data from Director General of Population and Civil Registration’s for verification are safe.

Member of the Ombudsman Alvin Lie acknowledged that there is a widespread misunderstanding among the public that private institutions have access to personal data. The fact, he said, they are only given access to verify data; hence,  there is no unconstitutional practice.

“The circulating (rumor) is that (the private institutions) are given access to data, when in fact, only access to verify, to check the data validity in order to protect (from fake identities),” Alvin said on Wednesday (24/7).

Under Law Number 24 of 2013 on Population Administration, population data is divided into two, namely individual data and personal data and any institution may only access individual data related to name, address, place, and date of birth. (Puspen Kemendagri/ES)