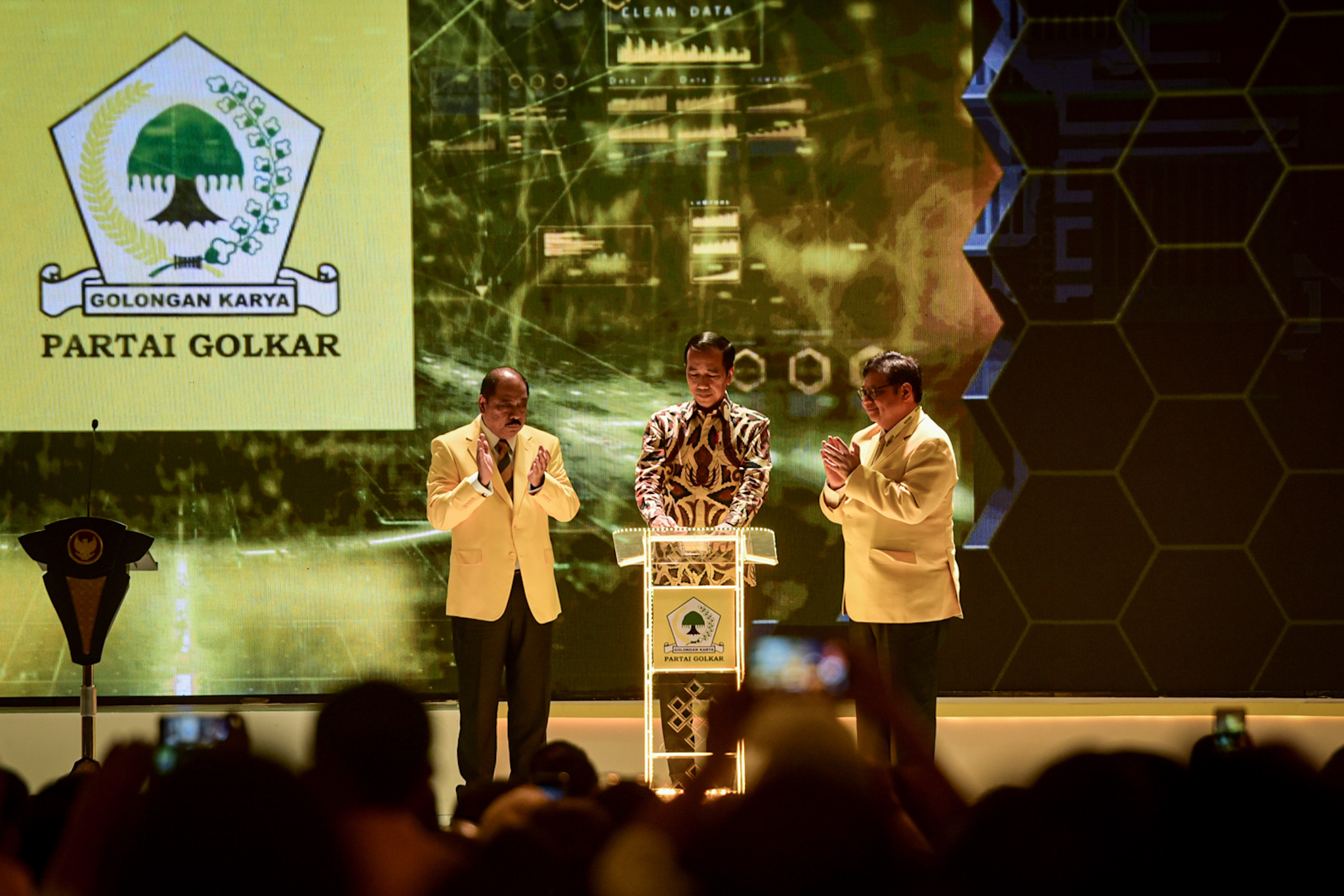 President Joko “Jokowi” Widodo has called on participants of the Golkar Party National Congress to avoid negative prejudice following a rumor about the Palace has intervened in Golkar’s internal affairs.

“I can guarantee that there is no intervention from Minister of State Secretariat in the party’s affairs,” the President said during the opening ceremony of Golkar Party National Congress in Kuningan, Jakarta, Tuesday (3/12).

The President went on to say that if State Secretary has invited any DPD leaders, they could be ministers from the Golkar Party, such as Agus Gumiwang Kartasasmita, Zainudin Amali, Jerry Sambuaga, or Luhut Binsar Panjaitan.

On that occasion, the President expressed his enthusiasm that the Golkar Party National Congress proceeded well in good harmony. He also encouraged the participants to honor Bambang Soesatyo in a round of applause for his decision to drop his bid for Golkar’s chairmanship a few hours before the congress opening.

President Jokowi further said that the Golkar Party should show harmony and brotherhood to the people, adding that a little political heat in a democracy should be fine, yet he said he remained optimistic that the party could settle things through brotherhood and unity.

“I would be alarmed that Golkar were split into new parties. That is all my concern,” he added.

The President also expressed belief that Golkar is a big and extensive party in terms of networks and this, according the President, is a big asset for the country. Therefore, he encouraged the congress’ participants to safeguard the party together.

“Once again, if there’s tension within Golkar, the national politics will be full of tension as well,” he said. (HIM / AGG / ES)