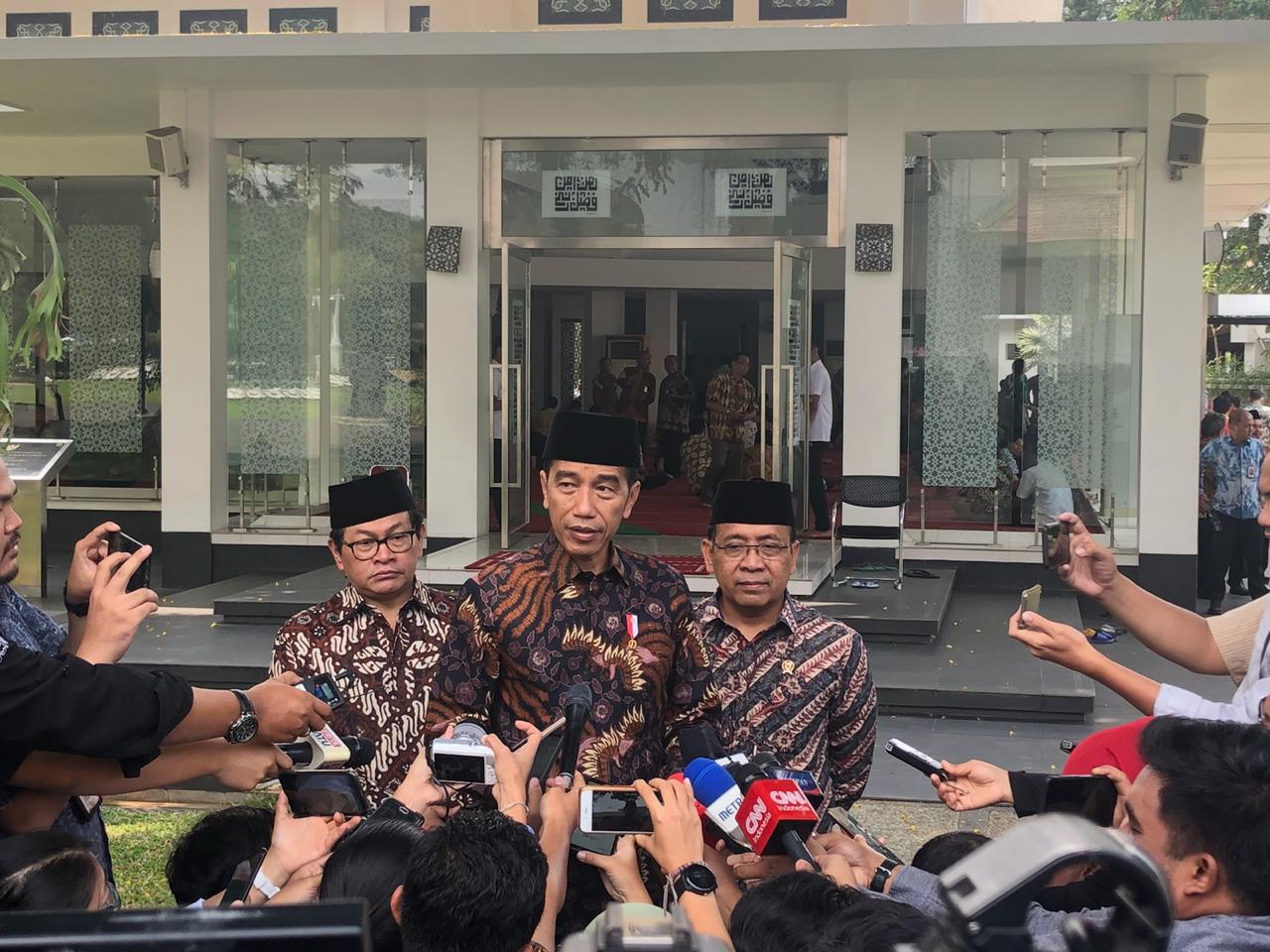 Minister of State Secretary Pratikno admitted that as of Friday (27/9), there is no meeting scheduled for President Joko “Jokowi” Widodo and the representatives of the Indonesian Student Executive Body (BEM) Alliance.

“No schedule has been confirmed yet. The President will have several meetings later in the afternoon, but none with the BEM,” Pratikno said when accompanying President Jokowi in a doorstop interview after Friday Prayer, at Baiturrahman Mosque, Presidential Palace Compound, Jakarta, Friday (27/9).

The President, in a press release on Thursday (26/6), Pratikno added, told that he intended to meet with the BEM on Friday (27/9), but the plan is postponed.

Pratikno gave no statement on reporters’ questions about the BEM who gave condition for the meeting with the President, which must be held in an open space and broadcasted live on national television.

Also on that occasion, the Minister said that he will talk with the Chief of the Indonesian Police (Polri) regarding the arrest of university students who took part in the rallies.

“I’ll communicate this issue with the Police Chief. Thank you,” the Minister concluded. (UN/EN)