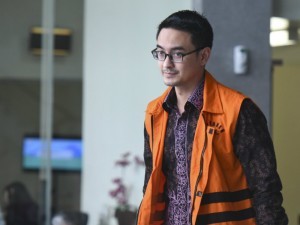 Head of Information Center of Ministry of Home Affairs Bahtiar said that the decree had been submitted to Jambi Provincial Government to be followed up. The Presidential Decree is the legal basis for the Jambi Regional House of Representatives (DPRD) to carry out the dismissal, Bahtiar said in Jakarta on Friday (18/1).

The Jambi DPRD will propose the appointment to the President through Minister of Home Affairs. Afterwards, a Presidential Decree for the appointment of Deputy Governor as Governor will be issued, Bahtiar said, adding that the governor’s inauguration schedule will be adjusted the President’s schedule decided by Ministry of State Secretariat.

For the record, Zumi Zola is convicted in bribery case on ratifying the Regional Budget (APBD) of Jambi Province. He was previously named as a suspect after the Indonesian Corruption Eradication Commission (KPK) arrested a number of Jambi provincial government officials during a sting operation. (Puspen Kemendagri/ES)