None Joint Government, President SBY in Charge Until 20th October 2014 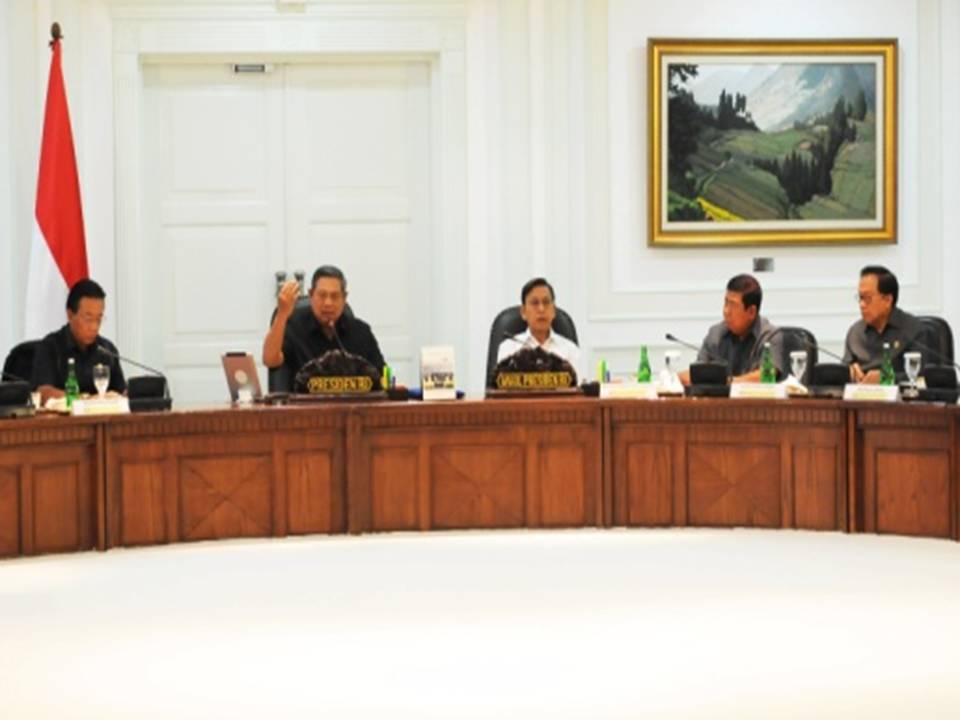 The truth is the current government is United Indonesia Cabinet (KIB) II, and until 20th October the one who is responsible for anything related to government is President SBY,SBY said when chairing Plenary Cabinet Meeting of KIB II at presidential office, Jakarta, Friday noon (5/9).

President SBY instructed his ministers to assist consultation with the team of the elected President Jokowi in order to more readily run the government starting from 20th October, but it did not change the things which should be the responsibility of KIB II governance.

Regarding his meeting with the elected President Jokowi in Bali some time ago, President SBY explained that the meeting went well. Some materials could be disclosed to the public through mass media, but there were also some materials which could not be released to the media.

In the meeting with the elected President Jokowi, according to SBY, he had asked him not to blame each other for the policy to be executed. President believed that the elected president would implement the agenda as he had promised during the campaign of presidential election.

President SBY thought that transition period was important and the former government would give opportunity to the new government even better. There has never been a good transition in the previous period, yet it should be pioneered, SBY said.

President SBY also asked the ministers who had assisted the team of the elected president to report to him as the President in charge.