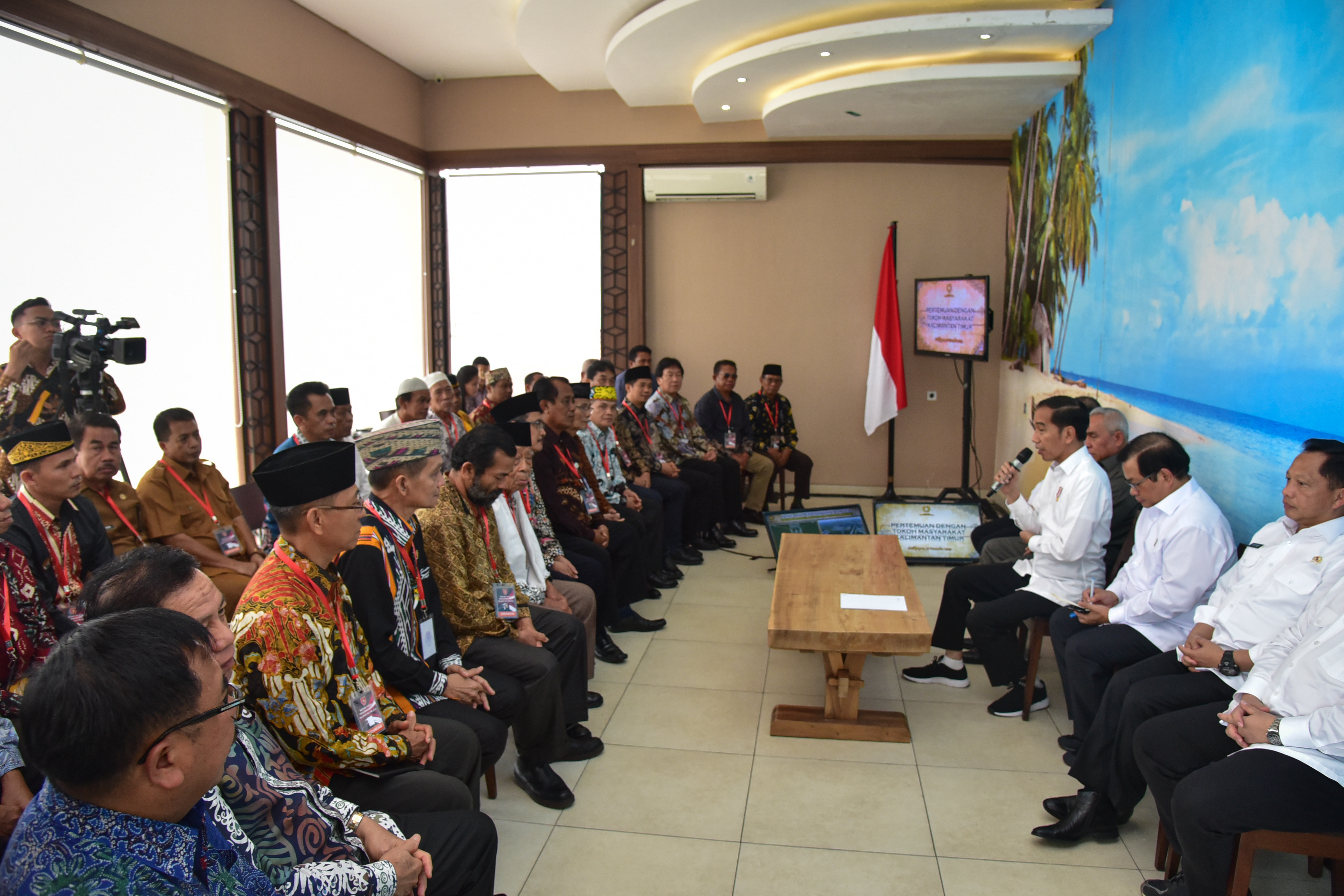 President Jokowi in a dialogue with East Kalimantan community leaders, in Balikpapan, Tuesday (17/12) to explain planned relocation of capital city to the province. (Photo by: Agung /PR)

The President went on to say that it took five years for the Government to conduct a study to relocate the capital until the decision was made, adding that the study of the relocation had been conducted since the era of first president of the Republic of Indonesia, Bung Karno, who aimed to relocate the capital to Central Kalimantan provincial capital of Palangkaraya.

The President also unveiled some considerations, among others, 149 million out of 267 million population living in Java Island as well as 58 percent of the country’s gross domestic product (GDP) being sourced from Java, especially capital Jakarta.

“Jakarta has become a favorite place for people across the country to make a living, resulting in the city becoming increasingly congested,” he said.

President Jokowi went on to say that the new capital will cover approximately 193 thousand hectares.

However,  East Kalimantan Governor previously said that 410 thousand hectares are prepared in the long run, made up of industrial forest (HTI) concessions given to the companies.

“We have asked them to return the lands because it belongs to the state,” the President said, adding that through this capital relocation, the Government also aims to transform work culture, work system, and mindset.

“It is expected that the new system will make us work faster and adapt to existing changes,” said the President.