On Doubts About His Appointment: Time Will Tell, Nadiem Says 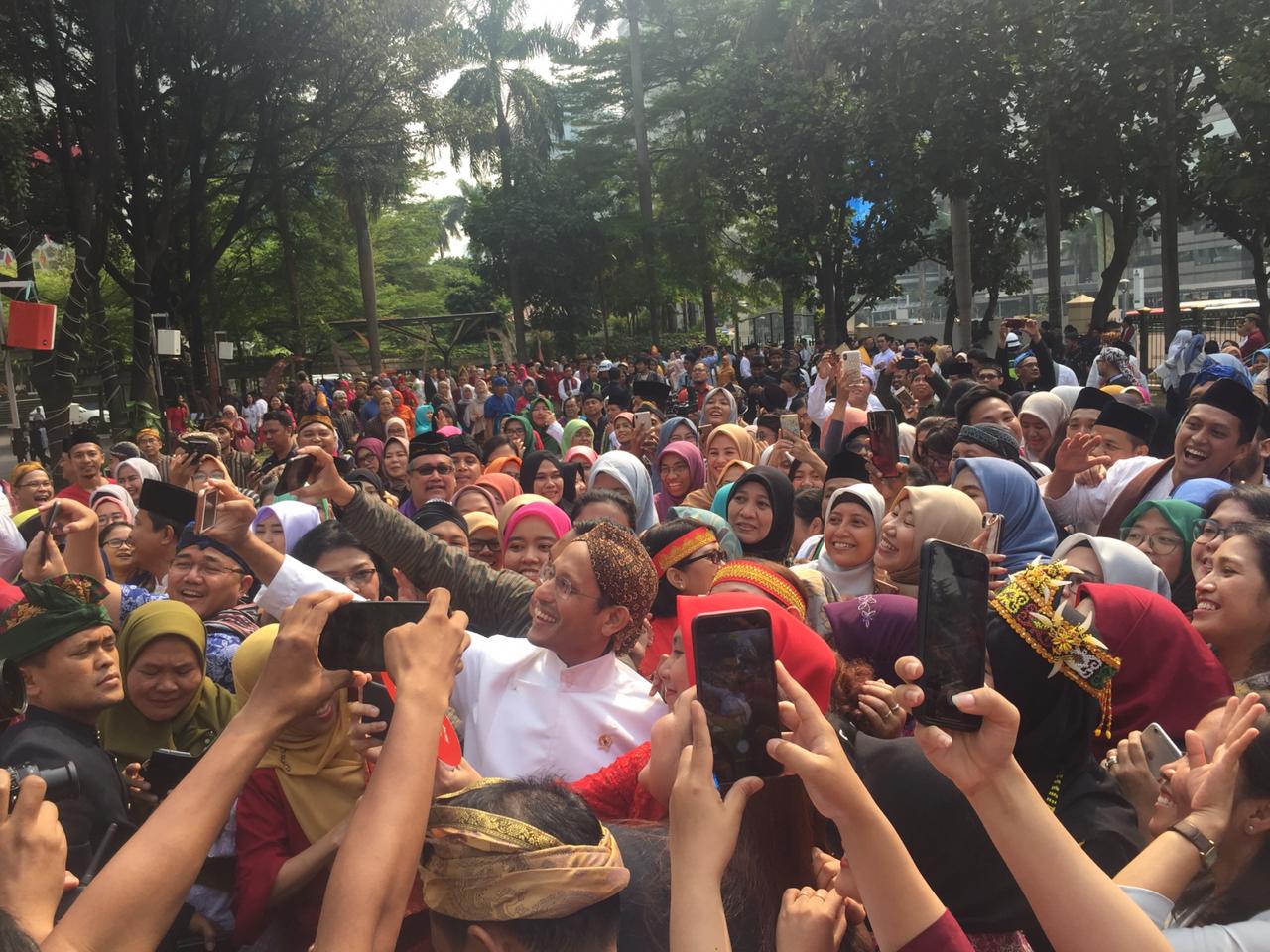 The newly-inaugurated Minister of Education and Culture Nadiem Makarim has acknowledged that many people have raised doubt about his ability to fill the post.

However, the former CEO of popular ride sharing app Go-jek said he is unperturbed with it, adding that he sees his appointment as a new opportunity for the young generation to shine.

“Time will tell,” Nadiem said, adding that he will keep moving whatever the risks.

Speaking to officials at the Ministry during the Youth Pledge Day ceremony on Monday (28/10), Nadiem – the youngest Minister in the Cabinet – said that the young generation of Indonesia now lives in a noisy world surrounded by whispers and opinions, making them ignore their own voices and doubt themselves.

However, the 35-year old Nadiem expressed belief that the Indonesian youth are aware of their passion and can make the right decisions for their future. He also motivated young people to move forward.

“The only failure is if we just stay and do nothing. Success will come if we continue to move forward. We may stumble, we may fall, but we will not reach the destination if we do not start moving,” Nadiem said, while urging the young generation to not only wait for the world to change because the world is in their hands.

“As long as we dare to move, we will never lose,” he said. (PR of Education and Culture Ministry/ES)