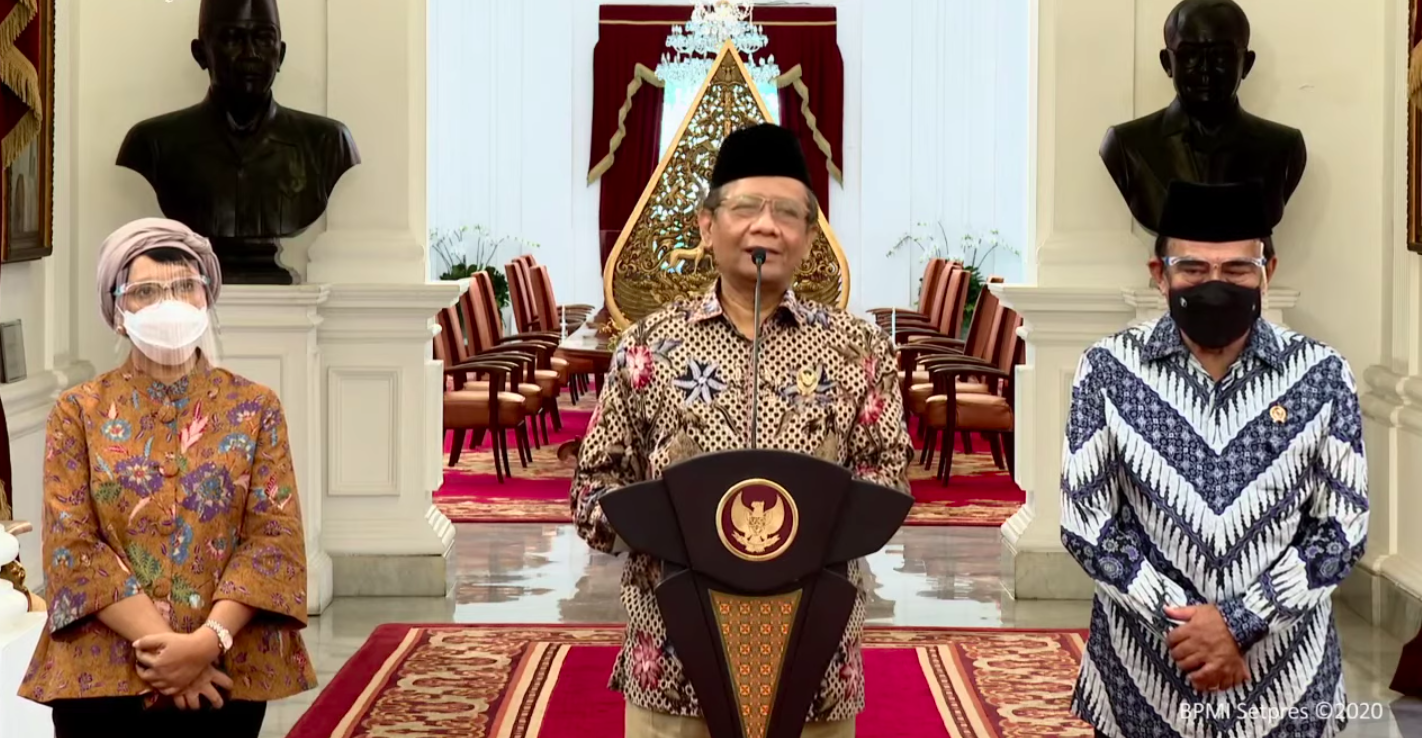 Actions to express opinions on French President Emmanuel Macron’s statement should be executed in an orderly and non-destructive manner, Coordinating Minister for Political, Legal, and Security Affairs Mahfud MD said.

“The Government calls for orderly and non-destructive actions on every effort to express opinions related to the French President’s statement through the available media,” Mahfud said after accompanying President Joko “Jokowi” Widodo on a meeting with a number of religious leaders, at the Merdeka Palace, Jakarta, Saturday (31/10).

The Coordinating Minister emphasized that there is no place for vandalism or anarchism during the efforts to express the opinions and that there is no single institution or person in Indonesia that should be held responsible for the statement.

“We welcome you to deliver your aspirations, express opinions, convey criticism, but do it in an orderly manner and do not violate the law. Once again, there is nothing, be it an institution, a company, a person, that should be held responsible or that supports President Macron’s statement,” Mahfud added.

Previously, President Jokowi denounced President Macron’s statement which insults Islam as well as hurts the feelings of Muslims around the world. “The statement can create division among religious followers at a time when the world needs unity to face the COVID-19 pandemic,” he stated.