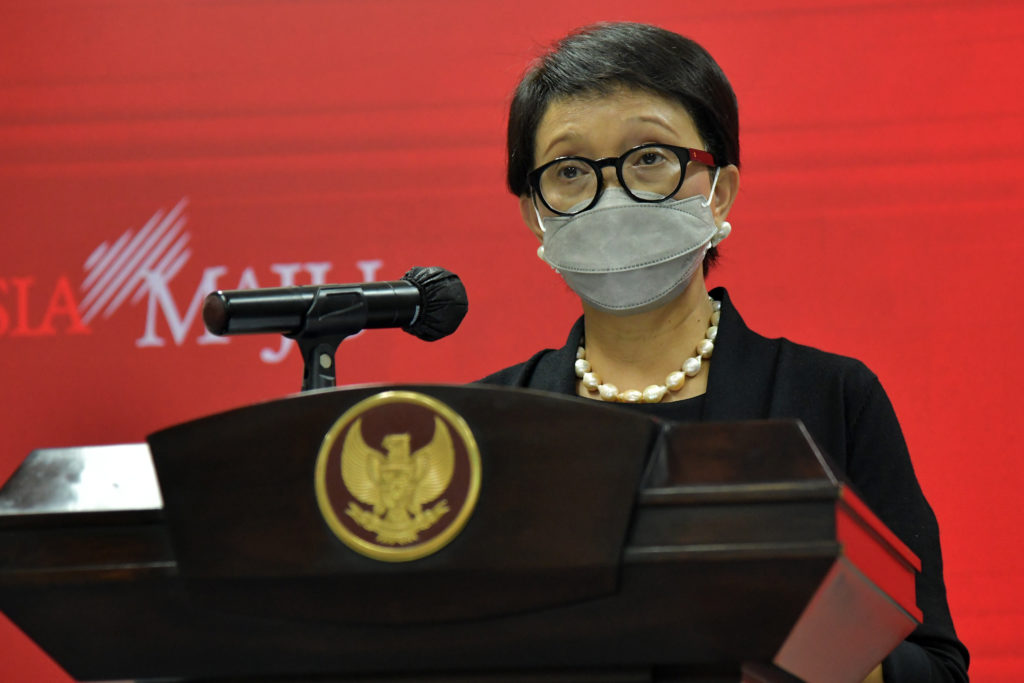 Amidst the complicated and difficult global situation, Indonesia still has strong support for G20 Presidency, according to Minister of Foreign Affairs Retno L. P. Marsudi.

“Thank God, amid this very complicated and difficult global situation, support for Indonesia’s G20 Presidency remains robust and substantial discussions of all Working Groups to date have gone well. Therefore, I can say that everything is on the right track,” the Minister said in her press statement online, Wednesday (06/22).

Retno went on to say that Indonesia is committed to pushing G20 to become a catalyst for global economic recovery in this dire situation.

“The world is indeed facing a very difficult situation. This situation in fact pushes Indonesia’s Presidency to be more active in transforming the G20 as a catalyst for global economic recovery,” she said.

The Minister stated that Indonesia continues to intensively communicate at all levels of government, pointing out that President Joko “Jokowi” Widodo has communicated with Secretary General of the United Nations and other world leaders.

“Intensive communication is carried out on all layers. Recently, the President communicated by phone with, among others, the UN Secretary General, Chancellor of Germany, Prime Minister of Pakistan, and President of Türkiye,” she said.

Meanwhile, according to Retno, Ministry of Foreign Affairs continues to intensively communicate with Foreign Ministers of the G20 and other partner countries. In her overseas working visit in the past months, Retno also raised Indonesia’s G20 Presidency priority issues, including the planned meeting of G20 Foreign Ministers to be held in the resort island of Bali on July 7-8, 2022.

“Amid this very difficult and complex situation, we choose not to use megaphone diplomacy to achieve the greater good for the world,” she remarked. (DND/UN) (DH/MUR)