On Ministers Launching Campaign Already, President Jokowi Tells Them to Stay Focused on Their Tasks 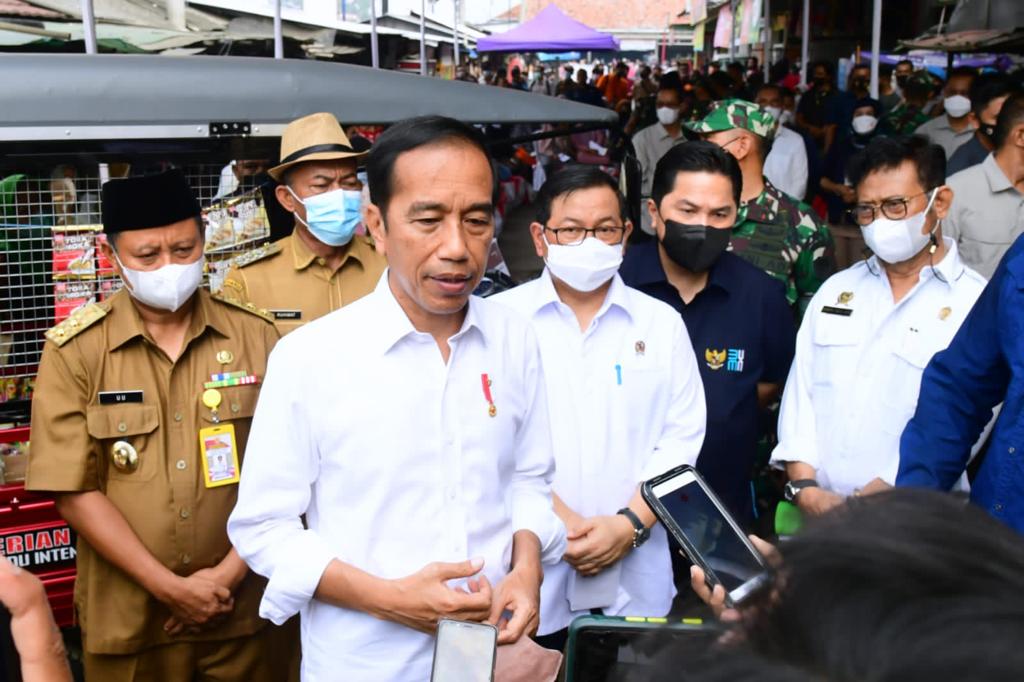 In response to news on a number of ministers in his cabinet who have launched campaign for the upcoming 2024 election, President Joko “Jokowi” Widodo Tuesday (07/12) said he had ordered them to stay focused on their jobs instead.

“I order them to stay focused on doing their jobs. For instance, Minister of Trade must continue to work on critical tasks that I have ordered, including how to lower price of cooking oil,” the President said after distributing social assistance at Sukamandi traditional market in Subang regency, West Java province, Tuesday (07/12).

On that occasion, the Head of State also said he had ordered ministers overseeing energy and food sectors to address the issue.

“[Ministers] must stay focused on doing their tasks, particularly those working in the energy and food sectors. It is crucial. I will continue to guard matters related to fuel, energy for instance coal, and the like because the world is facing disruption in energy and food. Thus, we must stay focused on these two matters,” he stated. (BPMI of Presidential Secretariat/ AIT) (RAS/EP)