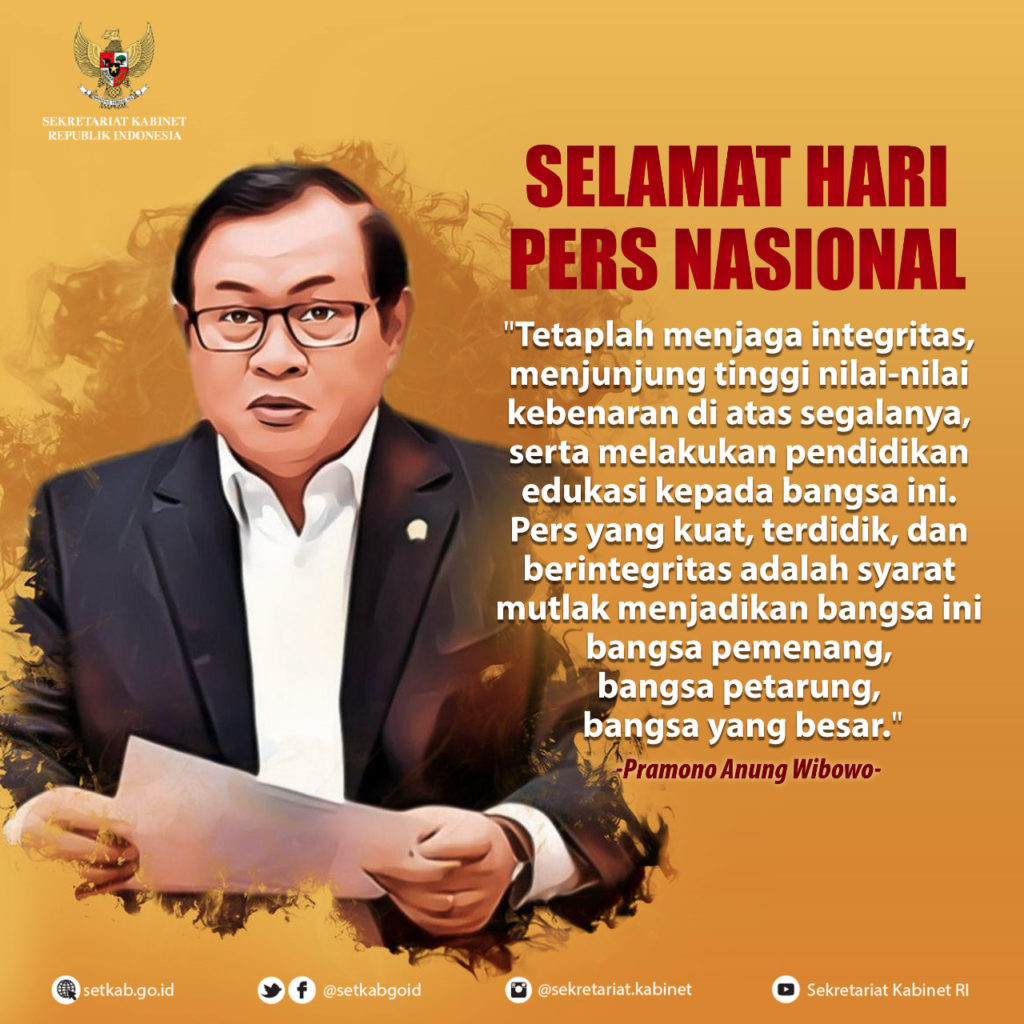 On the 2021 National Press Day, Cabinet Secretary Pramono Anung said that the press must be strong and must have integrity in order to realize our nation as a victorious nation.

“Strong, educated press with integrity is pivotal in order to realize our nation as a victorious and great nation” he said in his remarks to commemorate the 2021 National Press Day, on Tuesday (9/2).

He also called on the press to maintain their integrity and uphold the principles of objective journalism in doing their work.

“To all journalists, I wish you a happy national press day. Maintain your integrity and uphold your objectivity, as well as continue to educate the nation,” he said.

Pramono went on to say media control plays an important role in the development of the country. With this control, the Government and the public can better practice democracy.

For that reason, freedom of the press must be upheld as mandated by Law Number 40 of 1999 because it is the main foundation to support democracy.

The Government, he added, must protect freedom of the press since the press provides constructive criticism and inputs for the sake of the country. Nevertheless, the freedom must be exercised responsibly, in particular amidst hoaxes spreading via social media.  (MAY/UN) (RAS/MMB)