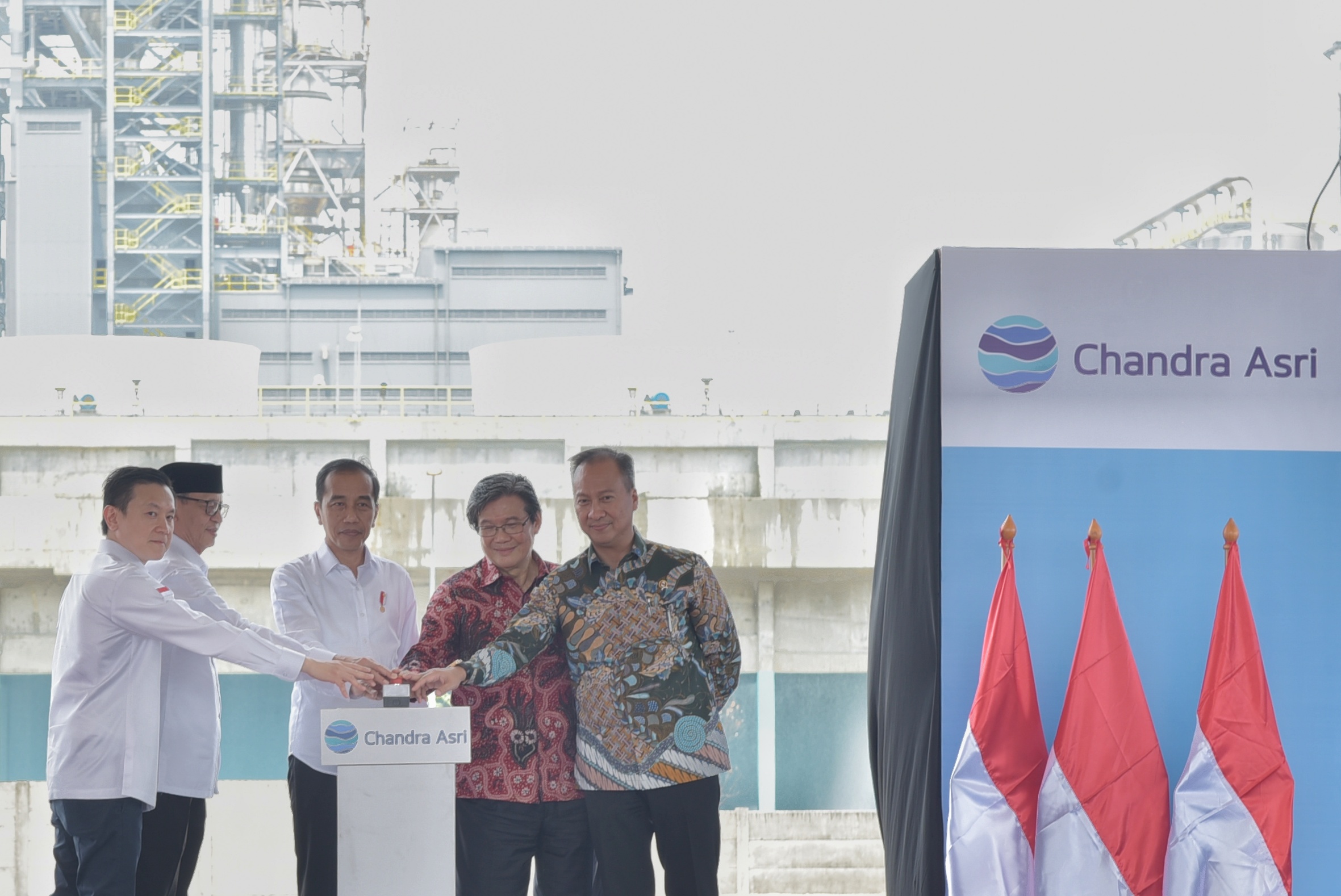 The operation of the newly inaugurated polyethylene plant owned by publicly-listed petrochemical company PT. Chandra Asri Petrochemical can enable the Government to save foreign exchange amounting to up to Rp8 trillion per year, Minister of Industry Agus Gumiwang Kartasasmita has said.

“The new factory will produce 400 thousand tons of polyethylene per year,” Agus said during the inauguration of the plant in the coastal town of Cilegon in Banten Province, Friday (6/12).

According to the Minister, production at the polyethylene plant is also expected to create more job opportunities in the plastic industry by employing around 17,500-25,000 workers.

He went on to say that current domestic needs of polyethylene stood at 1.6 million tons per year, while Indonesia’s production capacity is only at 780 thousand tons per year.

“The operation of the new plant is in accordance with the President’s direction to boost investment and downstream industrial sectors. This effort is expected to boost national economy, to save the country’s foreign exchange, as well as to improve our current balance of trade,” the Minister said, adding that  chemical industry has given a significant contribution to the national economy evidenced by total exports of chemical goods at US$ 8.79 billion last year with a total investment of up to Rp26.2 trillion.

The Government, Agus added, has also made strategic efforts to improve competitiveness of national industry, including by controlling imports and securing domestic market, as well as by optimizing domestic market and export market utilization.

Other measures to improve the country’s competitiveness, he added, are by increasing the use of domestic products (P3DN) and providing fiscal incentives such as tax allowance and tax holidays.

“The Government has issued Finance Ministerial Regulation Number 128 of 2019 which provides industry sector with an opportunity to enjoy tax reduction of up to 200 percent,”

The incentives will be given to industries that provide facilities apprenticeship in a bid to develop competency-based human resources, Agus said.

Agus went on to say that the Government will also build Petrochemical Industry Polytechnic in Banten province to produce competent human resources in the field of petrochemicals, adding that the polythechnic will be built on the land provided by PT Chandra Asri Petrochemical.

He further said that the Government will also continue to create a good, profitable and sustainable industrial business climate through various policies to attract more investment.

“Japan and Korea have expressed their commitment to invest in the country’s industrial sector with a total value of US$ 5 billion this year. Hopefully, with a good business climate investment in Indonesia will continue improve and our national economy will become more robust,” Agus added. (PR of Ministry of Industry / ES)