Over 1.6 Million Foreign Tourist Visit Indonesia in May 2017: BPS 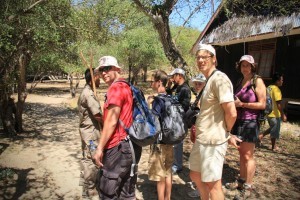 Head of National Statistics Agency (BPS) Suhariyanto said that during January to May 2017, the country recorded 5.36 million foreign tourist arrival to Indonesia, a 20.85 percent increase compared to that in the same period in 2016 which was only 4.43 million.

The increase in the number of foreign tourist in May 2017 is mostly recorded at major tourist entry points in which Sam Ratulangi International Airport in Manado received a 449.02 increase, Suhariyanto told reporters at BPS Office, Jakarta, on Monday (3/7).

The average stay of foreign tourists in the hotels in Indonesia reached 1.99 days in May 2017, while the number increased by 0.24 days compared to the average hotel stay in May 2016.