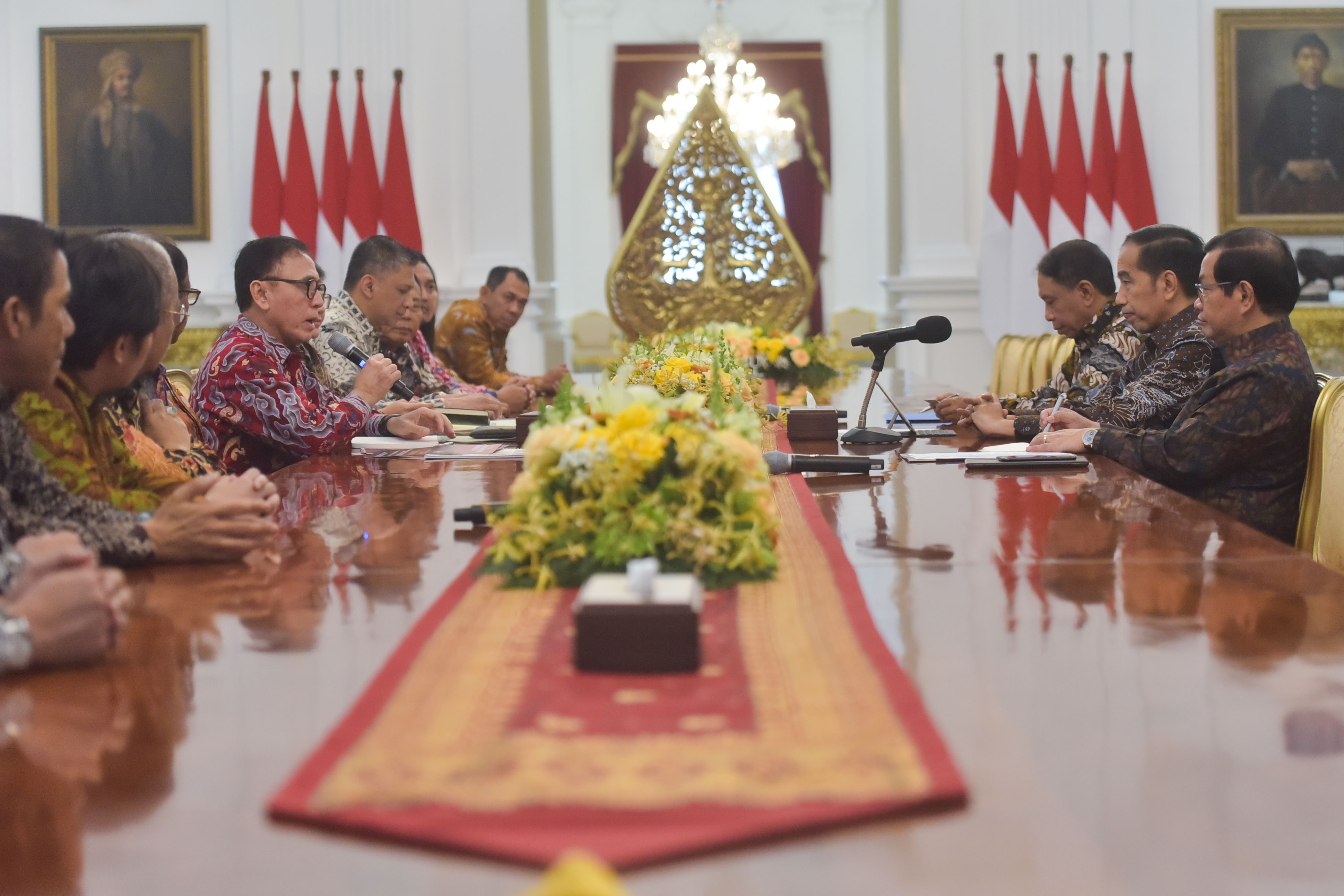 President Jokowi, accompanied by Minister of Youth and Sports and Cabinet Secretary, welcomes central board of the PSSI at the Merdeka Palace, Jakarta, Monday (16/12). Photo by: Rahmat/PR.

“(The PSSI) should improve football competition system and provide youth football development to generate young talents,” the President said during a meeting with the central board of the PSSI and its chairman Police Commissioner General Iriawan at the Merdeka Palace, Jakarta, Monday (16/12).

On that occasion, the President also asked the association  to support the country’s preparation to host the U-20 World Cup in 2021.

“Everything should be well-prepared, including the promotion of the event, transportation, accommodation, and football stadiums,” President Jokowi said.