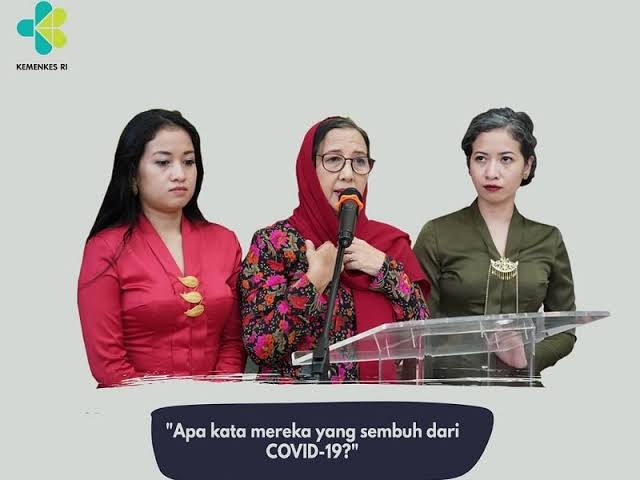 A patient’s immune system to fight against the corona virus is key to helping the body recover, Ministry of Health’s Disease Control and Prevention Director General – who is also the Government’s spokesperson for covid-19 outbreak management – Achmad Yurianto has said.

“Research conducted by the World Health Organization by bringing together world’s virologists has yet to reach an agreement to be used as treatment standards, definitive treatment specimens for covid-19,” Yurianto said in Jakarta, Thursday (19/3).

Several trials, according to Yurianto, have been carried out in several countries, including China and Thailand by using chloroquine and antiretroviral respectively.

“These provide good overviews, but have not yet become a world standard. To date, drugs and vaccines for covid-19 have not been discovered and developed yet,” Yurianto said, while expressing hope that virologists can immediately develop definitive drugs and vaccines to be used for medication.

Yurianto also said that the most important thing to do is how to help prevent the spread of the covid-19 virus, while recalling the Government’s campaigns to practice social distancing given that the transmission is covid-19 is droplets or small splashes of mucus from the airway wall of a sick person coming out when coughing and sneezing.

“Anyone who has influenza must put on a face mask to limit the sprinkling of droplets from him/her to the surrounding area,” Yuri said, adding that one meter distance between peopleis needed to slow down the possibility of contracting the virus.

In the meantime, to slow down the spread of covid-19, Yurianto also called for public awareness to avoid the crowd and to apply a healthy and clean lifestyle by regularly washing hands using soap in running water.

In addition, another important thing to do, he added, is to search for people who may have possibly contracted this disease so they will not become the virus carrier.

“The Government in the near future will carry out a mass screening of covid-19 and is currently preparing as a whole,” he said, adding that the screening is by conducting an examination by using a polymerase chain reaction (PCR) test.

Yurianto added that the PCR test has a much higher sensitivity than rapid test examinations and the latter is aimed at convincing the public whether they contract the virus or not.

Yurianto also explained that Indonesia will conduct immunoglobulin tests as an initial screening test, just as some countries have done aimed at quickly finding out those who tested positive to the virus.

To that end, according to Yurianto, a large number of positive cases will be found; yet, not all of them will be admitted to the hospital to receive medical treatment.

In fact, he added, for those who test positive and have minor symptoms, self-isolation at home will be carried out under the tutelage of the nearest designated public health center.

Those who test positive positive but with only minor symptoms can consult their health conditions through a healthcare platform Halodoc online application, he added.

“Mass screening must be followed by disseminating information and education on how to carry out self-isolation and proper monitoring,” he said, adding that virtual consultation by using other online healthcare platforms will also later be developed. (UN/EN)