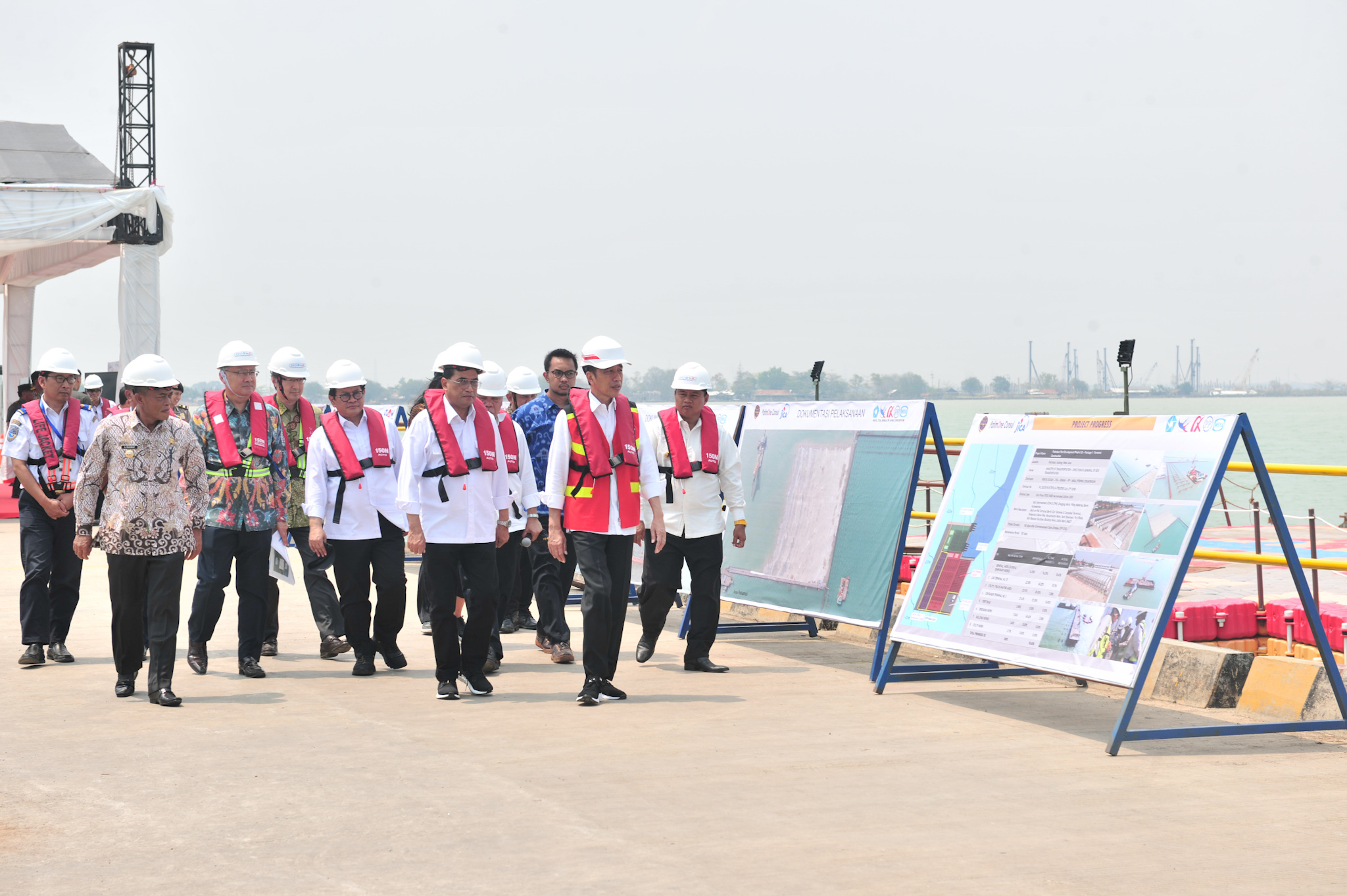 The first phase of the Patimban Port construction progress in Subang Regency, West Java Province with an investment of Rp29 trillion is running well as expected, President Joko “Jokowi” Widodo has said.

“The construction progress is running well and the Government hopes that the first phase will be completed by June next year,” President Jokowi said while inspecting the construction of Patimban Port, West Java Province, Friday (29/11).

On that occasion, President Jokowi expressed his hope that Patimban Port will become a large hub in 2027. Hence, it will be a massive work and its work stages will finish in long term.

In the first stage, according to the President, the investment needed is estimated around Rp29 trillion, yet the total amount needed to complete the project by 2027 may reach up tp Rp50 trillion.

“The total area of the port reaches 654 hectares, in which 300 hectares will be specialized for containers and vehicle terminals, while another 354 hectares will be prepared for pick up area with the capcity of 7.5 million twenty-foot equivalent units (TEUs). So, it will be indeed a very large port.” President Jokowi said.

The President further said that regarding the access road to Patimban Port, the non-toll road has been constructed and will almost complete around April-June in 2020.

“We can see that the progress is very good, there is no problem found. In order to assure speed and efficiency, a toll road of approximately 37 kilometers from Cipali Toll Road to the port is also set to complete between April-June next year,” he said.

President Jokowi also said that Patimban Port and its access road constructions are carried out to improve Indonesia’s competitiveness.

“This means that in the future, the port will be specialized for cars. Because we want the country to become a major hub for automotive production in our region so that exports to Australia, New Zealand or ASEAN countries will depart from this Patimban port,” he said. (HIM / JAY / ES)