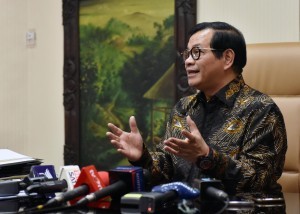 “The President picked Nicke out of three candidates the Cabinet Secretary told reporters at his office in Jakarta, Wednesday (29/8).

The Cabinet Secretary further said that he expected Nicke to maintain the trust that the President has given to her, to rebuild and reform Pertamina as well as to pay close attention to Mahakam block, Rokan Block, and eight other working areas.

“It is a tough responsibility for Nicke and the team. I hope that they can maintain the trust, he added.

The Cabinet Secretary further said that Nicke is appointed as the CEO because Pertamina needs a solid team and a leader who can rebuild the company. He continued that Pertamina is a large corporation that is 100% owned by the Government and always gets privilege from the Government.

The latest development of the business world, according to him, requires Pertamina to innovate on exploration, exploitation and marketing to compete in international market.

For the record, Minister of State-Owned Enterprises Rini Soemano has appointed Nicke Widyawati as CEO of PT Pertamina through Decree No. SK 232 / MBU / 08/2018 on 29 August, 2018.