Plan to Buy Helicopter for VVIP is KSAUs Proposal 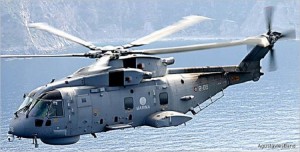 Cabinet Secretary Pramono Anung said that it is the Air Force Chief of Staff (KSAU) Air Marshal Agus Supriatna who proposed the plan to buy three helicopters for VVIP (Very Very Important Person) that will also be used by the President. This proposal has been included in the strategic plans of the Air Force for 2015-2019 period. The reason of this purchase is because the Super Puma helicopter usually used by the President for working visits, have been used for 25 years.

This is for the VVIP; not only for the President and Vice President, but also for state guests. Therefore, the Air Force proposed the replacement since it has been used for 25 years, Pramono Anung said to the journalists, in his working office at Building III of the Ministry of State Secretariat, Jakarta, on Wednesday (25/11) afternoon.

Since it is for VVIP, according to Pramono, the helicopter must have specific features, such as bulletproof exterior.

Safety is the Priority

Meanwhile, Air Marshal Agus Supriatna said that the plan to buy this advanced and modern helicopter AW 101 is the result of the reviews done by the VVIP Air Squadron, that is further reviewed by TNI Headquarter.

Regarding a request to make the helicopter bulletproof, Agus said, they will check the budget. If it is adequate, they would install bulletproof, anti-jamming, anti-missiles system, etc.

The budget for US Presidents helicopter that has more advanded systems reaches US$ 120 million Agus said in Jakarta, on Tuesday (24/11) evening.

KSAU affirmed that the purchase of VVIP helicopter is prioritizing safety and comfort. If it is not safe and something happens then it is my responsibility. Thus, safety is the priority, Agus said.

The VVIP helicopter that will be bought is AgustaWestland AW 101 which is an anti-submarine medium transport helicopter that can be used for military and civil purposes.

The helicopter is developed by a joint company Westland Helicopters from England and Agusta from Italy. This helicopter is produced to meet the need of the navys modern primary weaponry system.

So far, a number of the countrys high-ranking officials, including the President of Indonesia use Super Puma helicopter operated by the Air Forces Squadron 17 VIP, that is locatedat Halim Perdanakusuma Air Force Base, East Jakarta. After that, it is the Squadron 45 VIP, also located in Halim, that is responsible for the maintenance and operation. (MMB/YM/Naster)