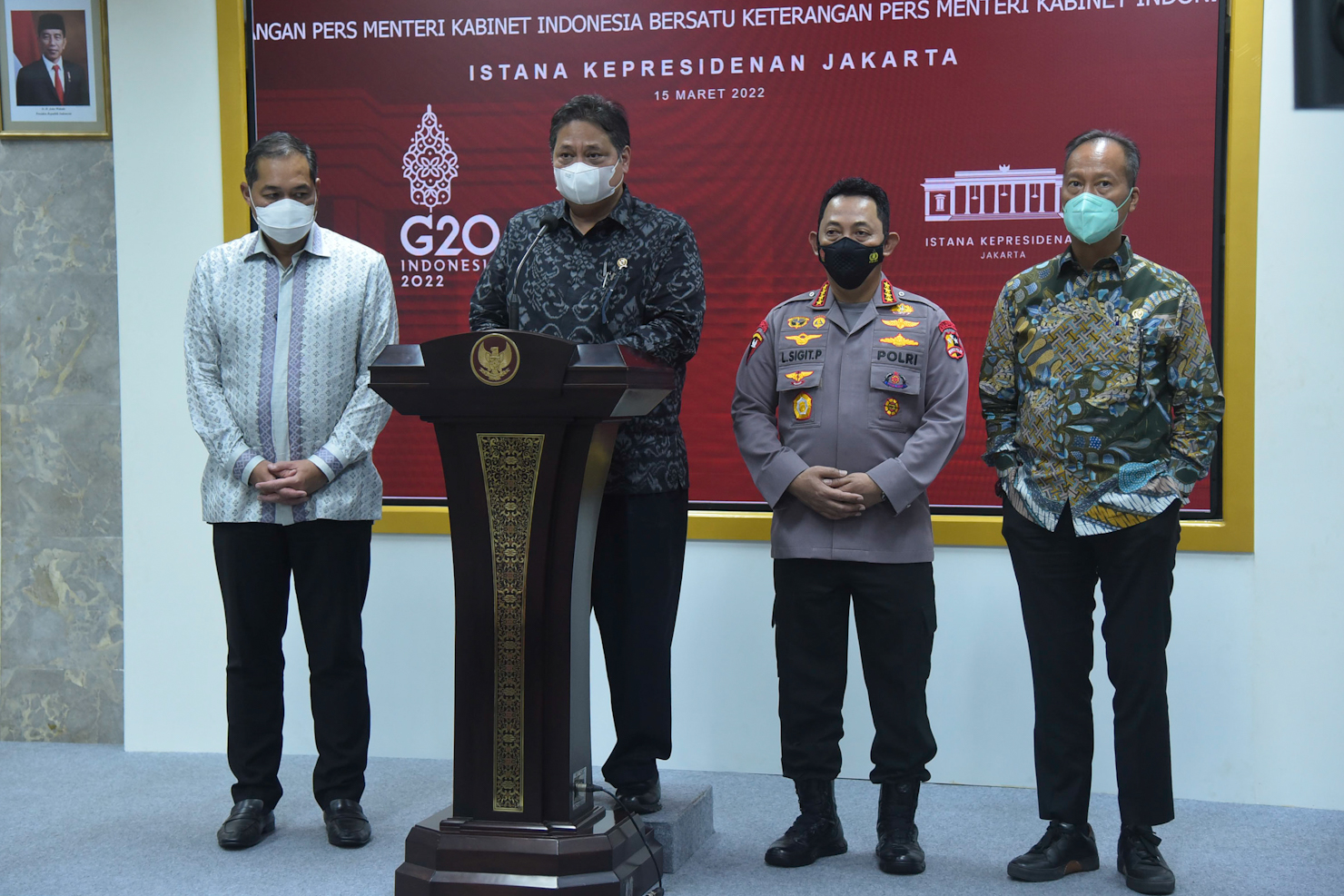 “In line with the statement delivered by Coordinating Minister for Economic Affairs regarding the change in the highest retail price of bulk cooking oil to Rp 14,000, the Police stands ready to safeguard the distribution in order to maintain supply in the market,” Listyo said after attending a Limited Cabinet Meeting, Tuesday (03/15).

The Police Chief added that the Police had carried out direct monitoring on the market in response to the latest development of the cooking oil price.

“We will join hands with all stakeholders to maintain the supply of bulk cooking oil and packaged cooking oil on the market,” Listyo said.

In the meantime, Coordinating Minister for Economic Affairs Airlangga Hartarto said that the Government continues to monitor the distribution and supply of cooking oil throughout the country. Taking into account the current situation, he added, the Government has decided to subsidize the price of bulk cooking oil so that the people can get it at a price of Rp. 14,000 per liter.

As for packaged cooking oil, the Coordinating Minister for Economic Affairs said that the price will depend on its economic value.

“For packaged cooking oil, the price will depend on its economic value. We hope that with this economic value, palm oil will be available in modern markets as well as in traditional ones,” he remarked. (TGH/FID/UN) (RI/HD/LW)