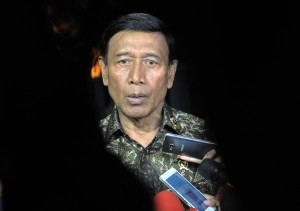 Earlier, I spoke with the National Police Chief, the TNI Commander, to conduct an all-out hunt immediately, Wiranto said at the Office of the Coordinating Ministry for Political, Legal, and Security Affairs, Jakarta, Tuesday (4/12).

Wiranto claimed to be furious with the killing because the workers were carrying out a noble work of building infrastructure and bridges for the welfare of the people in Papua and the needs of the community.

What does it mean? This means that they have served, fought, worked for the sake of Papua and the Papuan people, but they were killed. This is a disgraceful act, he firmly said, adding that the shooting was intended to frighten the development so that it did not work. He considered, this action actually disrupted the interests of the Papuans themselves.

Wiranto also emphasized that violent attacks committed by armed civilian criminal groups would not have an influence on the development in Papua. He ensured that the development would continue to take place because of the welfare of the people in Eastern Indonesia.

It will not affect the development underway. The development continues to take place. It is for the welfare of the Papuan people that development connects transportation system, communication, to unite Indonesia, to provide welfare to people in the periphery, Wiranto concluded. (Public Relations Division of Coordinating Ministry for Political, Legal, and Security Affairs/ES)